Sir Thomas Denys (c.1477–1561) of Holcombe Burnell, near Exeter, Devon, was a prominent lawyer who served as Sheriff of Devon nine times between 1507/8 to 1553/4 and as MP for Devon. He acquired large estates in Devon at the Dissolution of the Monasteries.

He was the son and heir of Sir Thomas Denys (died 1498) of Holcombe Burnell by his wife Janera Loveday, daughter of Philip Loveday of Sneston in Suffolk.

He served twice as Recorder of Exeter, 1514–1544 and September 1551 to his death. Sir Thomas is notorious as having supervised in Exeter, in his capacity as Sheriff of Devon or as Recorder of Exeter, the burning at the stake of the Protestant martyr Thomas Benet in January 1531/2. The burning took place outside the eastern side of the city walls, near the Livery Dole where in 1592 his son Sir Robert Dennis (died 1592) commenced the building of an almshouse, possibly an act of atonement for his father's action.

"the Manors of Litlam alias Littelham and Exmouthe belonging to the late Monastery of Shirbourne, Dorset, in as full manner as the last Abbot held the same; also the messuage formerly in the tenure of Katherine Lytton in the parish of St. Peter-the-Less, in the ward of Beynardes Castell in London; which messuage lately belonged to the late Monastery of Croxden, Staffs. and is worth 26s 8d per year. Also the hundred of Budlegh alias East Budleigh which came to the King's hands by the attainder of Henry Courteney, late Marquis of Exeter. To hold by the following yearly rent, viz: for the Manors of Litlam and Exmouth, £6 3s 10d; for the messuage in London 2s 8d, the hundred of East Budleigh to be held by the 20th part of a knight's fee without any rent".

His later heir Henry Rolle (1708-1750), later 1st Baron Rolle, of Stevenstone obtained an inspeximus of this grant from King George II in 1731, immediately on coming into his inheritance following his father's death in 1730.

He married twice, firstly before 1506, to Anne Wood, widow of Thomas Warley (alias Waley) and of Thomas Wood of London.

His second marriage was in 1524 to Elizabeth Donne, a daughter of Sir Angel Donne, by his wife Anne Hawarden (alias Hawardine), of Cheshire, and widow of Thomas Murfyn, an alderman and former Lord Mayor of London. Elizabeth's brother was Gabriel Donne (died 1558), the last Abbot of Buckfast Abbey in Devon, who in 1539 on the Dissolution of the Monasteries surrendered his abbey to Sir William Petre, as agent for King Henry VIII and was rewarded with a large annual pension of £120. The site of the abbey was granted by the king to Dennis, the Abbot's brother-in-law.

His eldest son was Sir Robert Denys (died 1592), MP for Devon in 1555 and Sheriff of Devon, who acquired the manor of Bicton, on the other side of Exeter (i.e. the eastern side) to Holcombe Burnell. It is likely that the Easter Sepulchre in the church is his tomb and monument.

The contents of this page are sourced from Wikipedia article on 13 Jun 2020. The contents are available under the CC BY-SA 4.0 license.
View Thomas Denys 's image gallery
Image Gallery 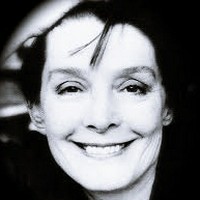