Thomas Cooper Gotch or T.C. Gotch (1854–1931) was an English painter and book illustrator loosely associated with the Pre-Raphaelite movement; he was the brother of John Alfred Gotch, the architect.

Gotch studied art in London and Antwerp before he married and studied in Paris with his wife, Caroline, a fellow artist. Returning to Britain, they settled into the Newlyn art colony in Cornwall. He first made paintings of natural, pastoral settings before immersing himself in the romantic, Pre-Raphaelite romantic style for which he is best known. His daughter was often a model for the colourful depictions of young girls.

His works have been exhibited at the Royal Academy, Royal College of Art and the Paris Salon.

Thomas Gotch was born 10 December 1854 in the Mission House in Kettering, Northamptonshire. He was the fourth son born to Mary Ann Gale Gotch and Thomas Henry Gotch (born 1805), who was a shoe maker. He had an elder brother, John Alfred Gotch, who was a successful architect and author.

In 1881 he married fellow art student Caroline Burland Yates (1854-1945) at Newlyn's St Peter’s Church. His daughter, Phyllis Marion Gotch was sometimes a model for her father. After completing his studies, Gotch travelled to Australia in 1883. Gotch and his wife settled in Newlyn, Cornwall in 1887. The couple and their daughter were key participants in the Newlyn art colony.

In addition to his time spent in France and Belgium while studying art, Gotch also travelled to Austria, Australia, South Africa, Italy and Denmark.

Thomas Cooper Gotch died on 1 May 1931 of a heart attack while in London for an exhibition. He was buried in Sancreed churchyard in Cornwall. Also in the graveyard of St Sancredus are buried fellow Newlyn School artists, Stanhope Forbes and Elizabeth Forbes.

With his parents' support, in 1876 and 1877 he first studied at Heatherley's art school in London and then at Koninklijke Academie voor Schone Kunsten in Antwerp in 1877 and 1878. Then in 1879 Gotch attended Slade School of Fine Art with Alphonse Legros in London. Gotch met his friend Henry Scott Tuke and his future wife Caroline Yates at Slade. After their marriage, Thomas and Caroline studied in Paris at Académie Julian and Académie Laurens in the early 1880s. It was in Paris that he adopted the plein-air approach of painting outdoors.

In Newlyn he founded the Newlyn Industrial Classes, where the local youth could learn the arts & crafts. He also helped to set up the Newlyn Art Gallery, and served on its committee all his life. Among his friends in Newlyn was fellow artist Stanhope Forbes and Albert Chevallier Tayler.

In Newlyn, like other art colony artists, he used the plein-air approach for making paintings outdoors. He was also inspired by James McNeill Whistler's techniques for creating compositions and paintings.

His style changed following an 1891-1892 a visit to Paris and Florence; His works were transformed from the Newlyn "rural realistic" style to a Pre-Raphaelite style that embraced more vibrant, exuberant colours and "returned to allegorical genre painting". His first such painting was My Crown and Sceptre made in 1892, Commenting upon his new style, Tate said:

On the provisional committee for the 1895 opening of the Newlyn Art Gallery, Gotch exhibited The Reading Hour and A Golden Dream at the inaugural exhibition.

Chris Leuchars for Project Kettering has said of Gotch's work:

Although Thomas Gotch is not widely recognised in international art histories, his position and friendships in Newlyn, and the mastery of his artwork, provide him some level of recognition in British painting history and his works make valuable contributions to collections around the world. He has work in key collections in Australia, New Zealand, South Africa and the United Kingdom.

Thomas Gotch was a recognised success during his lifetime and enjoyed considerable public acclaim. He was a regular exhibitor at London's Royal Academy and contributed to numerous other national and international exhibitions. His works are still regularly exhibited and are often the subject of academic studies.

Over his artistic career Gotch was also a model for other artists. For instance, he modelled for illustrations of King Arthur's Wood for Elizabeth Forbes.

He helped establish, was a prominent force or member of the following organizations.

The following had exhibitions of Gotch's work:

Gotch landscapes, portraits and genre works using watercolour, oil and pastels. The following is a partial list of his works. Most of his earnings came from painting portraits, particularly children and women.

The contents of this page are sourced from Wikipedia article on 03 Apr 2020. The contents are available under the CC BY-SA 4.0 license.
View Thomas Cooper Gotch 's image gallery
Image Gallery 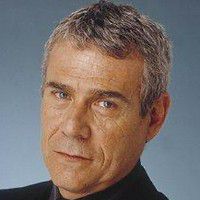 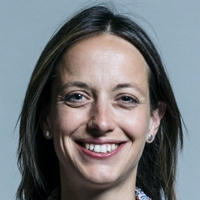