Thomas Chandler (August 10, 1772 – January 2, 1866), was an American politician, farmer, and innkeeper who served as United States Representative for New Hampshire.

Chandler was born on August 10, 1772 in Bedford, Hillsborough County, New Hampshire where he attended the public schools, then became a farmer and an innkeeper.

Elected as a Jacksonian Democrat to the Twenty-first and Twenty-second Congresses, Chandler served from March 4, 1829 to March 3, 1833 as United States Representative for the state of New Hampshire.

Son of Zachariah and Sarah, Chandler was the uncle of Zachariah Chandler. He married Susanna McAfee and they had three daughters, Asenath, Sally, Hannah, and a son, Adam. 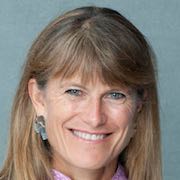