Thomas Brown Anderson (June 1796 – May 28, 1873) was a Canadian merchant, banker, and member of the Special Council of Lower Canada. He was the sixth president of the Bank of Montreal.

In June 1796, Thomas Brown Anderson was born in Edinburgh, Scotland. Unfortunately, there is very little recorded of Anderson's early life, it is understood that he arrived in Montreal during the year of 1827. His first job upon his arrival in Montreal was as a clerk for a commercial firm that was engaged in a co-partnership with Forsyth, Walker and Company from Quebec; Anderson's firm was called Forsyth, Richardson and Company. The Firm's main business concerns were in fur trading, wholesaling provisions, local real estate, being an acting agent for the East India Company's Canadian agent, and serving as the financial repository for the receiver-general's Department of Lower Canada.

In 1847, Forsyth, Richardson and Company faced a calamity of which it would not recover: The firm had a massive capital pull-out from its shareholders. Anderson, as President of the firm, lead the company through its eventual dissolution of its co-partnership with Forsyth, Walker and Company. With the dissolution finished, the new firm reorganized and renamed the Montreal company Anderson, Auldjo and Company, with Anderson as a senior partner. Anderson's other partners—Louis Auldjo, William Evans, and Thomas Forsyth—were also clerks at the old firm; Forsyth, Richardson and Company. In 1852, Louis Auldjo departed from the company to start his own, the result left another reorganization and renaming of the firm; Anderson, Evans and Company, hardware merchants and importers. In 1858, There was another reorganization and renaming of the firm due to new additional partners: Samuel and Thomas Evans. The new firm's name was Anderson, Evans and Evans from that point until 1861 when the partnership had finally dissolved in which Anderson decided to dedicate the rest of his work in banking.

During Anderson's presidency at the Bank of Montreal, he readily transitioned the bank to adapt to the economic and political environments that had evolved in Canada. Economically, Canada—when Anderson first arrived—was certainly a more mercantile type of system, by the time he became President of the bank, the Canadian economy was definitely functioning in a more sophisticated and corporate system. Anderson was looked at as "one of the old race of Canadian Merchants"; he proved during his presidency, when he reorganized the Bank to fit the new corporate system, that he wasn't sentimentally attached to being a part of the "old race of Canadian Merchants".

On April 17, 1855, Anderson served as chairman on the board of directors representing Canada for Liverpool, London Fire and Life Insurance Company; He would continue to serve as chairman of this board until he was removed on July 20, 1872. He after being removed as chairman of the board of directors for Liverpool, London Fire and Life he continued to serve as a member of the board until his death. This experience led him to open opportunities up for the Bank of Montreal: As President he allowed branch bank Managers to offer insurance products and other corporate interests.

During the American Civil War, the Bank of Montreal was able to profit greatly from their southern neighbor's situation. With King's knowledge of the American money market, the Union's constant need for more financial credit, plus the bank's ready access to English gold, Anderson was able to lead the Bank to exploit the war to its advantage.

In November 1863, Under Anderson's leadership, The Bank of Montreal was able to acquire the account for the Government of Canada from a rival bank, The Bank of Upper Canada—which was in a severe decline. Although the account would prove to be skeptical in financial upside due to the many monetary commitments and obligations the government had, Anderson and the bank readily used the clout and influence that came with being the managers for the financial account of their country's government.

In 1866, The Bank of Montreal had used their new political prowess—that it gained from acquiring the Canadian Government as a client—to promote and pass a piece of legislation. The legislative piece made it so banks could take government debentures and species and convert them into provincial notes; a law that was purely advantageous to banks whom dealt with government accounts. Given that the Government's banker—in this case the Bank of Montreal—had the most to gain from this new law, the bank's rivals were adamantly against it. Despite the heavy opposition, the law had still passed due to the Bank of Montreal's governmental position.

During Anderson's presidency at the Bank of Montreal he was remembered for being pessimistic and overly cautious, however during the years of him being the leader, the bank had thrived and greatly increased its overall position in the country and the world over. In just nine years, deposits to the bank had tripled; this is mainly contributed to the flight of American assets and capital to Canada during the American civil war. Gold, silver, and coin holdings had increased with the addition of government debentures making the institution more stable than ever before.

On October 20, 1869, Anderson retired as the Bank of Montreal's President and from the company for good. This was mainly due to reasons of deteriorating health; he had developed a speech impediment that is suspected to be a result of a slight stroke. The Bank of Montreal's Board of Directors voted to award Anderson a stipend of $2000 for all the good faith that he displayed over the years of service to the Bank. His retirement would result in a rather idle lifestyle; he was expected to be very politically active after his career.

On April 2, 1838, Anderson was appointed to the Special Council for Lower Canada by the then Governor of Lower Canada, the Earl of Gosford Acheson. Anderson would only hold this position for a season, until June 1, 1838. In 1849, Anderson had joined the Annexation Association, became one of the eight Vice-President of the association and eventually was one of the signers of the Annexation Manifesto.

Anderson was the acting treasure for the Montreal General Hospital, an institution that John Richardson, his father-in-law, had contributed to greatly and frequently. Anderson also supported the Longueuil Mission. His wife Ann was an active supporter and participant of multiple organizations and charitable works, such as: the Lying-in Hospital Society and the Ladies Benevolent Society. In 1832, Ann Anderson's mother had reorganized these charitable societies.

Although Anderson was of strict Anglican faith, he had a reserved pew at Montreal's St. Gabriel Street Church; a Presbyterian church. The reserved pew at St. Gabriel was more of a social inclination rather than a spiritual one; most Scottish merchants in Montreal attended the very same church, so it is easy to discern that Anderson's regular attendance at St. Gabriel was a status issue. Anderson also attended his proper Anglican obligations, he still went to his Anglican church, the Christ Church Cathedral congregation in Montreal and later the St. James the Apostle congregation. Anderson was an active member and worker of the diocese and his parish.

In 1856, Anderson became a part of a committee of 11 to draw up plans and construct the new Christ Church Cathedral. In addition, he had also performed as the fiduciary secretary for the Parochial Endowment Fund; he had invested some of the funds money into the Bank of Montreal, buying some of its public shares. Starting on May 2, 1845, Anderson served on and was a member of the Board of Governors for McGill University until his death. During his time with McGill University he had donated generously to facilities and served on multiple committees that concerned the University's affairs. In the years 1851 and 1852, Anderson served as the Vice-Chairman of the Board of Governors at McGill University, and right after serving as the Vice-Chairman he became the first member of the Finance Committee for the University.

The contents of this page are sourced from Wikipedia article on 13 Jun 2020. The contents are available under the CC BY-SA 4.0 license.
View Thomas Brown Anderson 's image gallery
Image Gallery 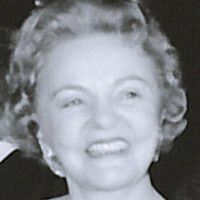 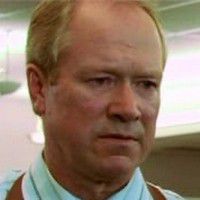