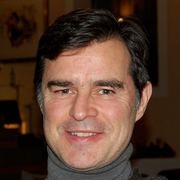 Thomas Berthold (born 12 November 1964) is a former German footballer and manager, who played as a defender. He currently works as a pundit and analyst for several TV stations.

Berthold was born in Hanau, Hesse. His first club was TuSpV KeWa Wachenbuchen before he joined the youth ranks of SG Eintracht Frankfurt in 1978.

Between 1985 and 1994 Berthold made 62 international appearances, scoring 1 goal, for the West German and German national teams, participating in the 1986 World Cup in Mexico and 1988 European Championships in West Germany. He was a member of the West German team which won the 1990 World Cup, but wasn't at the German team which took second place in the European Championships in Sweden in 1992. His last appearance in international competition came shortly after the 1994 World Cup.