Thomas B. Wilson
The basics

He attended the district schools and Canandaigua Academy. Then he worked on the family farm. In 1878, he married Margaret Ann Scoon, and they had three children. He was Supervisor of the Town of Seneca for seven terms, and Chairman of the Board of Supervisors of Ontario County for two terms.

Wilson was a member of the New York State Assembly (Ontario Co.) in 1911 and 1912; and was Chairman of the Committee on Agriculture in 1912.

He was also a Trustee of Cornell University from 1909 until his death in 1929.

The contents of this page are sourced from Wikipedia article on 30 Jun 2020. The contents are available under the CC BY-SA 4.0 license.
comments so far.
Comments
From our partners
Sponsored
Reference sources
References
https://archive.org/stream/officialnewyorkf04fitc#page/360/mode/1up
https://www.nytimes.com/1929/01/12/archives/thomas-b-wilson-76-exstate-senator-and-agricultural-leader-dies-at.html
http://genforum.genealogy.com/wilson/messages/31822.html
Trending today in

Baseball player from the United States born in 1879 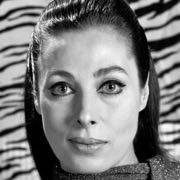