Born in Italy to Brazilian parents, his father being former footballer and World Cup champion Mazinho who played for Lecce in Serie A at the time of Thiago's birth, he joined Barcelona aged 14, and made his first team debut in 2009. After winning honours including four La Liga titles, the UEFA Champions League and the FIFA Club World Cup for Barcelona, he was signed by Bayern for €25 million in 2013. At Bayern, he has won 14 trophies, including the Bundesliga in each of his first seven seasons.

After helping Spain to European Championships at under-19 and under-21 levels, he made his full international debut in 2011. He was part of the provisional squad for Spain in the 2014 World Cup but withdrew due to a knee injury. Thiago was selected for UEFA Euro 2016 and the 2018 FIFA World Cup.

Thiago was born in San Pietro Vernotico, Italy, when his father Mazinho (player for the Brazilian national team from 1989 to 1994) was playing for nearby U.S. Lecce. He started at the lower levels of Flamengo in Brazil, and, at the age of five, moved to Spain with his father, and started playing with Galician team Ureca in Nigrán. In 2001, he played with Kelme CF when his father played for Elche CF. He returned to Flamengo aged 10 and, in 2005, once again moved back to Spain, signing with FC Barcelona, where his cousin Marielo Dos Santos was also playing.

On 17 May 2009, aged 18, Thiago made his debut for the first team when he came on as a substitute for Eiður Guðjohnsen in the 74th minute at RCD Mallorca for his only appearance of the season. Barcelona, having already won the league, lost 1–2.

On 20 February 2010, after coming on as a substitute for Yaya Touré in the 76th minute, Thiago scored his first goal for Barcelona in a 4–0 home win against Racing de Santander. He scored his third goal against Real Sociedad in a start on 29 April, although Barcelona lost 2–1. He ended the 2010–11 season with 17 games, three goals, and three assists, and was an unused substitute as Barcelona won the 2011 UEFA Champions League Final against Manchester United at Wembley Stadium.

Thiago started the 2011–12 season with the first leg of the Spanish Supercopa match against rivals Real Madrid, being substituted for Xavi after 58 minutes, and was an unused substitute as they defeated FC Porto for the 2011 UEFA Super Cup. He then scored in Barcelona's first La Liga match of the season in a 5–0 home win against Villarreal CF. On 18 December, he started as Barcelona won 4–0 in the Club World Cup Final at International Stadium Yokohama. Thiago also netted Barcelona's fifth in a 7–0 win against Rayo Vallecano on 29 April from a close-range header.

I spoke to club [sic] about my concept and told them why I want Thiago. He is the only player I want. It'll be him or no one.

— Pep Guardiola to the press prior to the signing.

On 14 July 2013, Thiago signed a four-year deal with Bundesliga club Bayern Munich, for a €25 million fee. Bayern would pay €20 million to Barcelona directly with the remainder being covered by the proceeds of a friendly to be played between the two teams at some point in the following four years and by Thiago foregoing some money owed to him by Barcelona. The transfer came despite a new contract that Barcelona had given Thiago in 2011 which set his release clause at €90 million. Barcelona failed to fulfil clauses in the contract relating to the amount of playing time that Thiago received, and as a result the player's buy-out clause dropped to €18m. Bayern's new manager, Pep Guardiola, said before the transfer of Thiago to Bayern, "I spoke to the club and told them about my concept and told them why I want Thiago. He is the only player that I want. It will be him or no one."

Thiago made his Bayern debut in a 4–2 defeat to rivals Borussia Dortmund in the 2013 DFL-Supercup on 27 July. He made his debut in the Bundesliga in a 0–1 win against Eintracht Frankfurt on 11 August 2013.

On 21 December 2013, he scored his first competitive goal for Bayern Munich, in the 2013 FIFA Club World Cup Final against Raja Casablanca of Morocco, sealing the 2–0 win for the German club. On 29 January 2014, he scored his first Bundesliga goal, the scissor-kicked winner in stoppage time against VfB Stuttgart which was voted the Goal of the Month. He also had an assist to Claudio Pizarro for Bayern's first goal in the 2–1 win. Four days later, in a match against Eintracht Frankfurt, he set a Bundesliga record with 185 touches of the ball. On 23 February, in a 4–0 win over Hannover 96, Thiago scored his second and last goal of the Bundesliga season. His season ended due to a knee ligament tear against 1899 Hoffenheim six days later, although Bayern went on to win the league and cup. He finished the season with two goals in 16 Bundesliga matches, two German Cup matches, four Champions League matches, a goal in two FIFA Club World Cup, and an appearance in the German Super Cup.

After over a year out injured, Thiago returned on 4 April 2015, replacing Philipp Lahm for the last 21 minutes of a 1–0 win at Borussia Dortmund. Four days later, he again replaced Lahm in a DFB-Pokal quarter-final at Bayer Leverkusen, scoring the winning goal in the penalty shootout after a goalless draw. On 15 April, he scored in the team's Champions League quarter-final first leg away to FC Porto, albeit in a 1–3 defeat. Six days later, he headed in Juan Bernat's cross for the opening goal of a 6–1 rout to overturn the first leg deficit against Porto, helping Bayern advance to the Champions League semi-finals. On 26 April, after VfL Wolfsburg lost to Borussia Mönchengladbach, Thiago won his second Bundesliga title for Bayern. He finished the season with two goals in 13 appearances.

On 27 August 2015, Thiago signed a new four-year contract with Bayern. On 10 February 2016, he contributed a goal in 3–0 win over VfL Bochum in the DFB-Pokal quarterfinal match. He scored twice in a 5–0 home victory over Werder Bremen on 12 March. On 17 March, Thiago scored a goal in a brilliant comeback against Juventus as his side came from 2–0 down to lead 4–2 victory in the Champions League round of sixteen tie. He finished the season with four goals and seven assists. In addition to playing in the German Super Cup, Thiago scored two goals in 27 Bundesliga matches, a goal in five German Cup matches, and a goal in nine Champions League matches.

Thiago started the season under new club manager Carlo Ancelotti by winning the 2016 DFL-Supercup with a 2–0 victory against his club's rival Borussia Dortmund on 15 August 2016. On 21 September, he scored his first goal of the season in a 3–0 victory over Hertha BSC. Thiago contributed one goal and one assist in a 3–0 victory over RB Leipzig and was named Man of the match on 22 December. On 16 February 2017, he scored two goals and provided one assist as Bayern defeated Arsenal with a 5–1 victory in the first leg of the Champions League round of sixteen tie. On 28 April, he signed a new four-year contract until 2021. He scored nine goals and had nine assists throughout the season.

Thiago could not play his club's first competitive match of the season for an injury which was 2017 DFL-Supercup where Bayern won against Borussia Dortmund 5–4 on penalties on 6 August 2017. On 26 October, he scored an equalizing goal against RB Leipzig to make it 1–1 and later Bayern went on to win the DFB-Pokal second round match 5–4 on penalties. On 23 November, he was substituted in the 44th minute of the match as he suffered a serious muscle injury in his thigh in Bayern's 2–1 away victory over R.S.C. Anderlecht in the Champions League group stage match and was confirmed by his club manager Jupp Heynckes that he will be out for a long period of time. Thiago was back in the starting lineup and made his first appearance since his injury in November in a 2–1 away victory over VfL Wolfsburg on 17 February 2018. On 4 April, he scored a header which secured Bayern Munich a 2–1 away victory over Sevilla FC in the first leg of their Champions League quarter-final tie. He finished the season with seven goals in 31 appearances.

On 12 August 2018, Thiago played the first competitive match of the season under the new club manager Niko Kovač and also scored a goal in a 5–0 victory over Eintracht Frankfurt as Bayern won the 2018 DFL-Supercup.

He participated in the 2008 UEFA European Under-17 Football Championship with Spain, helping his country to eventual victory in the tournament, and scoring in the final. Thiago was ever-present during Spain's victorious 2011 UEFA European Under-21 Football Championship campaign, scoring the second goal of a 2–0 victory with a 40-yard free kick in the final against Switzerland. He was awarded the man of the match of the final.

On 18 June 2013, he scored a hat-trick in the 2013 UEFA European Under-21 Football Championship Final as Spain defeated Italy 4–2 to win their fourth title.

He made his first appearance for Spain's senior squad in a friendly against Italy on 10 August 2011, while his first competitive match was on 6 September 2011, in a Euro 2012 qualifying match 6–0 win against Liechtenstein. Due to injury he missed Euro 2012 and the 2012 Summer Olympics in London.

Thiago was named in Spain's 30-man provisional squad for the 2014 World Cup on 13 May of that year. However, two days later, he withdrew from the squad due to a knee ligament injury obtained while playing for Bayern in March. Bayern Chief Executive Karl-Heinz Rummenigge said, "A young man who wanted to come back at the World Cup, and suddenly his dreams are burst. We will take care of him now and make sure he is fit at the start of the season."

On 2 October 2015, with the team's place in the tournament already assured, Thiago was re-called by manager Vicente del Bosque for the first time since his injury, and ten days later featured in their 1–0 UEFA Euro 2016 qualifying win away to Ukraine. On 6 October 2017, he scored his first goal for his national team in the 26th minute against Albania in a World Cup qualifier. Álvaro Odriozola sent in a cross from the right side of the box and Thiago buried it into the bottom corner from close range with his head.

In May 2018, he was named in Spain's 24-men squad for the warm up matches for 2018 FIFA World Cup in Russia. Thiago was selected in the final 23-man squad for the 2018 World Cup. Thiago appeared in two matches, against Portugal and Morocco.

Thiago is a highly creative and technically gifted playmaker, with excellent dribbling skills and ball control, which allows him to operate effectively in a deep-seated playmaking role as a central midfielder, although he is also capable of playing in a more advanced role as an attacking midfielder. He has been noted for his accurate distribution of the ball, as he possesses great passing technique and vision, and maintained a 90.2% pass success rate throughout the 2016–17 Bundesliga season, higher than any other player in Germany.

He is the son of the Brazilian former footballer and 1994 World Cup winner Mazinho. His mother, Valéria Alcântara, was a former volleyball player. His younger brother, Rafinha, plays for Celta Vigo and the Brazilian national team. Rodrigo, who also played for Spain, is a lifelong friend and not a cousin as has been erroneously reported.

On 27 June 2015, he married his girlfriend, Júlia Vigas, in a ceremony in Sant Climent de Peralta, Catalonia, Spain. 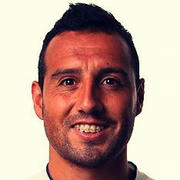 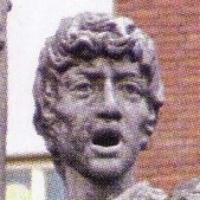 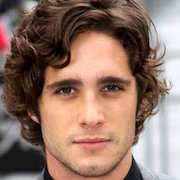