American academic and university administrator; as of 29 April 2013, Dean of Saint Louis University’s Parks College of Engineering, Aviation and Technology

Theodosios Alexander is an American academic, engineer and author. He has served as faculty and in academic administration in four universities, in the UK and USA, following the award of four graduate degrees from MIT, and work in engineering industry.

In 1988, Alexander joined the Mechanical Engineering department at Washington University in St. Louis, Missouri where he was Director of the Internal Combustion Engines Lab and taught until 2001. From there he moved to the UK and was the James Watt Professor of Thermodynamics at the University of Glasgow, Scotland, United Kingdom until 2006. At the University of Glasgow, he developed the Center for Emerging Technologies and the Power and Propulsion Laboratory. From February 2006 until August 2012 he served as Chair of Energy Engineering at Queen Mary, University of London. He returned to St. Louis in 2012 to become Dean of Parks College of Engineering, Aviation and Technology of Saint Louis University in September 2012. He has also served as director of interdisciplinary research collaborations, as executive for new initiatives, and he also serves as a professor of aerospace and mechanical engineering.

Alexander has worked for Hellenic Shipyards Co., U.S. Navy Consultants John J. McMullen & Associates in Washington D.C., at the Northern Research and Engineering Corporation in Woburn, Massachusetts, and at McDonnell Douglas Corp. and The Boeing Company in St. Louis on propulsion-system studies. He remains active in numerous international consulting activities.

Alexander’s research career has focused on thermal or fluid sciences and applications on the design of power and propulsion systems, energy conversion systems, renewable energy and engineering systems and components. He also conducted research on unsteady thermo-fluid dynamics and unsteady transport phenomena within those areas, the performance of turbomachinery and airfoils, a novel method to predict gas turbine and piston engine emissions, development of a novel Nutating disc engine for unmanned aerial vehicles and on fluid-dynamic modeling of the cardiovascular system, and development of mechanical circulatory support devices.

Alexander holds two patents on biomedical devices, he is a co-author of a textbook on turbomachinery design and has published more than 120 research papers in archival scientific journals.

The UK National Health Service (NHS) Innovations Program awarded Alexander with the Innovator of the Year Award in 2008 and 2009 for his personal research on mechanical circulatory support devices.

The contents of this page are sourced from Wikipedia article on 02 Jul 2020. The contents are available under the CC BY-SA 4.0 license.
View Theodosios Alexander 's image gallery
Image Gallery 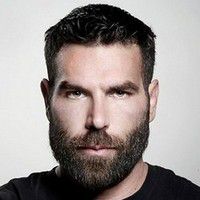