Theodore Rothstein (Russian: Фёдор Аронович Ротштейн, Fyodor Aronovich Rotshteyn; 14 February 1871  – 30 August 1953) was a journalist, writer and communist. He served as a Soviet ambassador in the 1920s.

Theodore Rothstein was born in 1871 in the Imperial Russian city of Kovno, Kovno Governorate (present-day Kaunas, Lithuania), into a Jewish family.

Rothstein left Russia in 1890 for political reasons and settled in the United Kingdom. He worked as a journalist in the area of foreign policy for The Tribune, the Daily News, The Manchester Guardian, and became a member of the National Union of Journalists. Furthermore, he was active in London as a correspondent for several radical Russian newspapers. Rothstein also wrote articles for Die Neue Zeit, the organ of the Social Democratic Party of Germany (SPD), which represented the direct way of a consistent Marxism and in which took place debates regarding Marxism and socialism.

In 1895, he joined the Social Democratic Federation (SDF) which was founded by H.M. Hyndman in 1884. Rothstein occupied the left-wing of the party as a prominent theorist and forward thinker, and in 1900 he was elected to its executive. Within the SDF's successor, the British Socialist Party (BSP), he was a leader of the opposition to Hyndman's support for the war. After Hyndman and his supporters left the BSP, Rothstein became a leading figure in the formation of the Communist Party of Great Britain. He also joined the Russian Social Democratic and Labour Party as a British member in 1901, siding with the Bolshevik faction against the Mensheviks and becoming a close comrade of Lenin, who often stayed at Rothstein's house on Clapton Square in the Hackney area of London.

Rothstein published "Egypt's Ruin" (1910), an analysis of Egypt's systematic exploitation by the British after the occupation, evidenced by British government documents and correspondent reports from London newspapers regarding Egypt. Although Rothstein was a convinced opponent of World War I, he worked for the Foreign and Commonwealth Office and the British War Office as a Russian translator and interpreter.

However, following an invitation to Moscow in 1920, he was refused permission to return to Britain. He remained in Russia, became a member of the Bolshevik Party, took on the chairmanship of the "University reform commission" (1920–1921).

On 6 January 1921 Rothstein was accredited as the Ambassador to Tehran and departed for the posting on 6 February after having had a discussion with Lenin. He took with him an abnormally large entourage of 150 people.

From 1922 on he was a member of the "Collegium of the People's Commissariat for Foreign Affairs". Rothstein was appointed director of the Institute of World Economy and Politics in Moscow.

The contents of this page are sourced from Wikipedia article on 15 Apr 2020. The contents are available under the CC BY-SA 4.0 license.
View Theodore Rothstein 's image gallery
Image Gallery 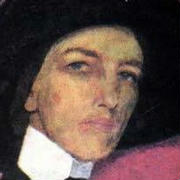