Born and educated in New York City under private tutors, Gill early showed interest in natural history. He was associated with J. Carson Brevoort in the arrangement of the latter's entomological and ichthyological collections before going to Washington D.C. in 1863 to work at the Smithsonian Institution. He catalogued mammals, fishes and mollusks most particularly although maintaining proficiency in other orders of animals. He was librarian at the Smithsonian and also senior assistant to the Library of Congress.

Gill was professor of zoology at George Washington University. He was also a member of the Megatherium Club at the Smithsonian Institution in Washington, D.C. Fellow members frequently mocked him for his vanity. He was president of the American Association for the Advancement of Science in 1897.

Besides 400 separate papers on scientific subjects, his major publications include: 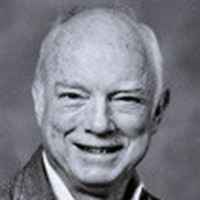