Theodora (wife of Theophilos)
The basics 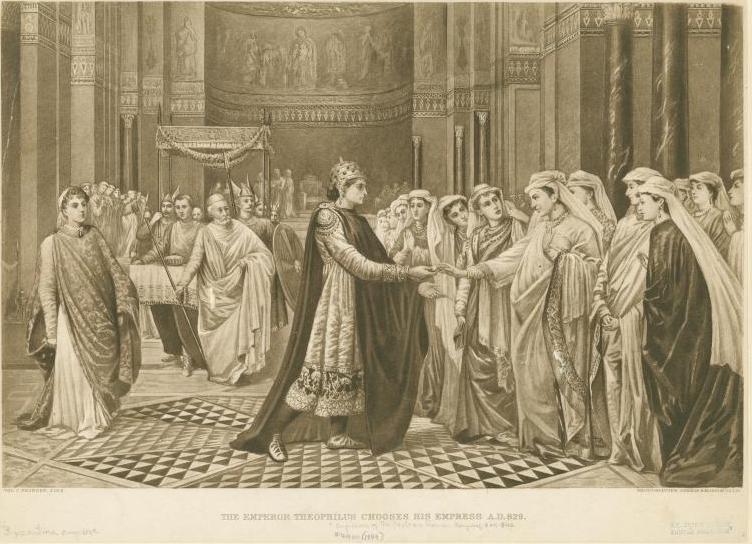 Theodora (Greek: Θεοδώρα, Medieval Greek: [θjo'ðora] c. 815 – after 867) was a Byzantine Empress as the spouse of the Byzantine emperor Theophilos, and regent of her son, Michael III, from Theophilos' death in 842 to 855. For her restoration of the veneration of icons, which ended the Byzantine Iconoclasm, she is venerated as a saint in the Eastern Orthodox Church; her Feast Day is February 11. Several churches hold her as their patron saint.

Originally from Paphlagonia, Theodora was of Armenian aristocratic descent. The names of her parents were preserved in Theophanes Continuatus, the continuation of the chronicle started by Theophanes the Confessor. They were Marinos, a drungarios, and Theoktiste Phlorina. Some modern genealogists, including Cyril Toumanoff and Nicholas Adontz, have suggested a link of Theodora's family with the Armenian noble clan of the Mamikonian. According to Nina Garsoïan in the Oxford Dictionary of Byzantium, however, "[a]ttractive though it is, this thesis cannot be proven for want of sources." Thus genealogists attribute Mamikonian ancestry to Marinos; he is an alleged son of Artavazd Mamikonian, who was head of the House in the 770s. Artavazd headed a large-scale Armenian rebellion against the Abbasid Caliphate that was crushed in the Battle of Bagrevand in 775, after which the family lost power, and many of its members found refuge in Byzantium. Manuel the Armenian, a leading general of Theophilos, was her uncle. Late 14th century icon illustrating the "Triumph of Orthodoxy" under the Byzantine Empress Theodora and her son Michael III over iconoclasm in 843. The empress is identified on the top left. (National Icon Collection 18, British Museum)

In 829, Theophilos succeeded to the throne. He was sixteen-years-old and unmarried. The following year his stepmother, Euphrosyne, proclaimed a bride-show. Potential brides from every theme travelled from their homelands to Constantinople, Theodora among them. The poet Kassia was said to have taken part.

The bride-show took place in May, 830, and Theodora was chosen to become empress, probably by her new mother-in-law. The marriage took place on 5 June 830, in Hagia Sophia. Euphrosyne soon retired to a convent and Theodora remained the only Augusta. Theodora as depicted in the Menologion of Basil II

The family of Theodora seems to have followed her to court. Her brothers became officials and her sisters married into the court aristocracy. During her own marriage she bore Theophilus five daughters and two sons, the younger of whom became the future Michael III.

Despite the fact that Theophilus was an iconoclast, Theodora held fast to the veneration of icons which she kept in her chambers in the imperial palace. One story holds that a servant witnessed her venerating her icons and reported her to the emperor. When her husband confronted her about the incident she stated that she had merely been "playing with dolls." Two of her icons are kept at the monastery of Vatopedi on Mount Athos to this day and are referred to as "Theodora's Dolls". They are displayed annually on the Sunday of Orthodoxy.

Theodora is said to have intervened to save Lazarus Zographos from further torture under her husband. Whether their opposing religious beliefs strained their relationship is unclear. Theophilus' health however eventually failed and he died on 20 January 842. He was about twenty-nine years old.

Gold solidus of Theodora's regency, with her on the obverse and her son Michael, the nominal emperor, and her daughter Thekla on the reverse.

Following the death of her husband, Theodora served as regent for her son Michael. She overrode Theophilus' ecclesiastical policy and summoned a council under the patriarch Methodius, in which the veneration, but not worship, of icons (images of Jesus Christ and the saints) was finally restored and the iconoclastic clergy deposed.

She carried on the government with a firm and judicious hand; she replenished the treasury and deterred the Bulgarians from an attempt at invasion. However, it was during her regency that a vigorous persecution of the Paulician heresy commenced.

In order to perpetuate her power she purposely neglected her son's education, and therefore must be held responsible for the voluptuous character which he developed under the influence of his uncle Bardas, who was Theodora's brother and likewise of Mamikonian heritage.

Theodora endeavoured in vain to combat Bardas's authority; in 855 she was displaced from her regency at his prompting, and being subsequently convicted of intrigues against him was relegated to the monastery of Gastria in 857. She died after his assassination at the hands of Basil I, thus witnessing the end of the dynasty she had worked so hard to preserve. She was canonized in recompense for her zeal on behalf of the restoration of icons as objects of veneration. Her feast day is February 11.

The daughters of Theodora being instructed in the veneration of the icons by their grandmother Theoktiste. Miniature from the Madrid Skylitzes

Theodora and Theophilos had seven children. Listed here in the order given by Theophanes:

The incorrupt relics of St. Theodora the Empress are kept in the Cathedral of the Most Holy Theotokos Speliotissis in Corfu, Greece. The relics are carried in procession on the Sunday of the Triumph of Orthodoxy, the first Sunday of Great Lent. 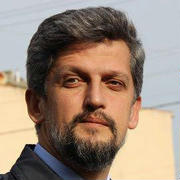