Theodor Tolsdorff (3 November 1909 – 25 May 1978) was a general in the Wehrmacht of Nazi Germany during World War II. He was one of 27 recipients of the Knight's Cross of the Iron Cross with Oak Leaves, Swords and Diamonds. He was allegedly nicknamed "Tolsdorff the Mad" by his own men because of his recklessness.

Tolsdorf was born on 3 November 1909 in the family estate in Lehnarten in the Province of East Prussia, a state of the German Empire. Today it is Lenarty in the administrative district of Gmina Olecko, within Olecko County, Warmian-Masurian Voivodeship, in northern Poland. He was the youngest of four children and only son of Theodor Tolsdorff, who had served in the military during World War I as a Hauptmann (captain) in the artillery.

Tolsdorff was five years old in 1914 when his mother briefly evacuated the estate following the invasion of East Prussia by the Russian First Army, led by Paul von Rennenkampf. He attended the Gymnasium (advanced secondary school) in Königsberg, present-day Kaliningrad, and following the death of his father on 19 October 1919 took over the family estate and became a farmer. He continued his education to become an administrator of his 695 hectares (1,720 acres), including 95 ha (230 acres) of forest, sized estate in Lehnharten.

On 1 October 1934, at the age of 24, he joined the 1st Infantry Regiment (Infanterie-Regiment 1) of the 1st Infantry Division as a volunteer in Insterburg. Tolsdorff was promoted to Feldwebel (sergeant) on 1 February 1936. On 1 June 1936, Tolsdorff was promoted from the ranks to Leutnant (second lieutenant) and to Oberleutnant (first lieutenant) on 1 October 1938. He was given command of 14th anti tank company (14.(Panzerjäger-)Kompanie) of the newly formed 22nd Infantry Regiment (Infanterie-Regiment 22) in the 1st Infantry Division on 1 April 1939.

Invasions of Poland and France

The German invasion of Poland began on 1 September 1939, and marked the beginning of World War II in Europe. Tolsdorff led the 14th (anti-tank-gun) Company in the 22. Fusilier Regiment of the 1st Infantry Division in this campaign. He was awarded the Iron Cross 2nd Class for actions on 2 September against the Kamienna Góra bunker line. He deployed his 3.7 cm Pak 36 against the bunkers until the Polish forces surrendered. Soon afterwards, he earned the Iron Cross 1st Class for preventing an enemy breakout when he attacked from close range. He was wounded in the shoulder at the end of the campaign.

Tolsdorff's unit was then transferred to the Rhineland as part of the army reserve. He participated in the Battle of France. His unit fought in Belgium and drove to the Flanders pocket, then south past Paris to the Saumur area. His injury sustained in Polish campaign forced him to seek further medical attention in August 1940. He was transferred to a hospital in Wuppertal and was released in October.

Operation Barbarossa, the German invasion of the Soviet Union began on 22 June 1941. Tolsdorff was again in charge of the 14th Company. Passing through Latvia, Estonia and Lithuania, he assumed command of I. battalion on 16 August 1941. On 21 November 1941, Tollsdorf personally led a counterattack against the Soviet bridgehead on southern bank of the Neva River. Although he was wounded three times during the counterattack he remained with his soldiers until 300 Soviet soldiers had been defeated. While in the hospital, he was promoted to Hauptmann (captain) on 1 December 1941, and awarded with the Knight's Cross of the Iron Cross on 4 December 1941. The presentation was made by his regimental commander Oberst (Colonel) Martin Grase. He returned to the front in April 1942 and participated in the heavy fighting for Schlüsselburg. After the heavy fighting at Leningrad and Lake Ladoga, Tolsdorff lost half of his right foot due to deep splinter injuries. For outstanding success in closing the Volkhov pocket in June 1942, Tolsdorff received the German Cross in gold. On the closing days of the Volkhov battle, he again was injured, this time in the head by a bullet. Tolsdorff was forced to remain in the hospital until 20 September 1942. On 1 January 1943, Tolsdorff was promoted to major and made commander of the 1st Battalion. Oak Leaves ceremony with: Adolf Hitler, Tolsdorff is third from the right.

Tolsdorff returned to his unit during the defensive battles at Lake Ladoga. In July 1943, the third and most difficult battle at Lake Ladoga began. After successfully fighting off a Soviet attack for fourteen days and participating in counterattacks in the neighbouring sector and restoring the situation, Tolsdorff was awarded the Knight's Cross of the Iron Cross with Oak Leaves on 15 September 1943.

On New Year's Eve 1943, the 1st Infantry Division transferred to the southern sector in the Vinnitsa-Odessa area. Tolsdorff was placed in charge of the 1st Infantry Division's 22nd Infantry Regiment after its commanding officer, Oberst (Colonel) Ulrich Iffland, had been killed. Again severely wounded, by a shot in the stomach from close range, Tolsdorff managed to return to active duty within a few weeks. He was promoted to Oberstleutnant (lieutenant colonel) while in the Lublin hospital. After recovering from his wounds, Tolsdorff was assigned as instructor of tactics to the officer cadet school at Metz.

Back at the front in June 1944, Tolsdorff received orders to defend the city of Vilna against the Soviet Vilnius Offensive. He held out long enough to evacuate the thousands of wounded from the city until the relief forces under the command of Hyacinth Graf Strachwitz arrived. This action resulted in his promotion to Oberst and the awarding of the Knight's Cross of the Iron Cross with Oak Leaves and Swords on 18 July 1944.

In early August, when Tolsdorff received the Oak Leaves with Swords, Hitler personally ordered him to go to Hirschberg im Riesengebirge, present-day Jelenia Góra in south-western Poland, for division commanders training. The 13th division commanders training course was held from 25 July to 31 August 1944. At the beginning of September, after completion of the course, Tolsdorff received orders from the Oberkommando des Heeres (OKH) to go to Thorn (East Prussia), to oversee the formation of the 340th Volksgrenadier Division.

In mid-November, the unit transferred to the Aachen-Jülich area on the west to defend against US forces trying to cross the Rhine. In December, the unit was withdrawn to make preparations for the Ardennes offensive. The division fought as part of the 5th Panzer Army under command of Hasso von Manteuffel. On 18 March 1945, Tolsdorff received in Berlin the Knight's Cross of the Iron Cross with Oak Leaves, Swords and Diamonds for personal bravery and his division's outstanding accomplishments. He was promoted to Generalleutnant (major general) and appointed to take command of the LXXXII Panzer Corps, which was stationed in the Amberg area in Bavaria.

On 8 May, he surrendered in Austria to Lt. Carwood Lipton and Robert F. Sink of the 101st Airborne Division. Tolsdorff's convoy of 31 vehicles drove down from the mountains loaded with his personal baggage, liquor, cigars, cigarettes and his girlfriends. Private Edward Heffron took Tolsdorff's Luger pistol and a briefcase containing Iron Cross medals and a stash of pornographic pictures.

On 9 May 1947, Tolsdorff was released from American captivity. He took various jobs, such as truck driver in the firm belonging to his father-in-law, bus driver on the route Diepholz to Hanover and construction worker. He was arrested on 7 December 1952.

In 1954, he faced charges for the execution of Franz Xaver Holzhey, an army captain and First World War veteran, on 3 May 1945. Holzhey, without orders, had put up a red cross sign near the command post. The Landgericht (court) in Traunstein had initially sentenced Tolsdorff to three and a half years. The Federal Court of Justice of Germany overturned the decision in 1959 and ordered a retrial. On 24 June 1960, Tolsdorff was declared not guilty and cleared of all charges.

The same year, Tolsdorff was hired by the German Asphalt AG, presently owned by the Strabag, and held a position of manager until 1969, when he took over the branch office in Dortmund. Tolsdorff retired on 31 December 1974. Following a serious accident, he died on 25 May 1978 in Dortmund. 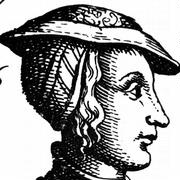