Theodor Dalenson (born 1959) is a Swedish venture capital investor who is and has been involved in a number of public companies listed on the Nasdaq OMX stock exchange.

In early 2007, Dalenson initiated the sale of Pergo, one of the largest laminate flooring brands in the world to Pfleiderer. Theodor Dalenson was a director of Pergo and led the investor group that controlled the shareholding in the company.

In 2007-2008, he was the chairman of the board of Scribona (Nasdaq OMX), the largest IT distributor in the Nordic region, where he led the investor group that took control of and sold Scribonas distribution business to TechData Inc.

As chairman of Carl Lamm AB (Nasdaq OMX), the largest document management company in the Nordic region, he led the restructuring and consequent sale of Carl Lamm to Ricoh Ltd. which is one of the world's leading producers of printers, copiers and other hardware products.

He is currently the chairman of and largest shareholder of WeSC (Nasdaq OMX) which is one of the world's leading street fashion brands. He is also the chairman of AB Novestra, a public venture capital company with holdings in fast-growing US companies such as Explorica and MyPublisher as well as Swedish IT-services firm QBranch.

Theodor Dalenson manages Nove Capital Fund which is a small and mid cap fund investing in Nordic Public Companies. In 2010 the fund had a return of 140% and it has over a 5-year period outperformed all comparable indexes.

Theodor Dalenson is involved in a number of different art and culture institutions. He is a member of the board of trustees of the Guggenheim Museum, Aspen Art Museum and he has for the past three years been a co-chairman of the Americans for the Arts awards. 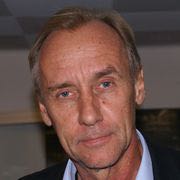 Writer and art critic from Sweden