In 1926, he was a member of the Freikorps, fighting against both the Weimar Republic and communists. On 1 February 1929, Saevecke became a member of the NSDAP (Nazi Party) (member 112,407). In 1938 he became a member of the Schutzstaffel (SS) (member 396,401). After the war in Europe started, he was a member of the mobile SS death squad, Einsatzgruppen IV in Poland through 1940. Later he was promoted to the rank of SS-Hauptsturmführer and served in the SS-Sicherheitsdienst (SD; Security Service) in Libya and Tunisia between 1942–1943, under Walter Rauff. Between 1943–1945, Saevecke was head of the Gestapo and the Italian fascist police in Milan. During his time he was responsible for the deportation of at least 700 Italian Jews to extermination camps.

After the war, in 1962, while a Kriminalrat at Sicherungsgruppe Bonn, he led a police raid on the Spiegel scandal.

Protected through his connections in post-war Germany, Saevecke was sentenced in absentia in Turin in 1999 to life imprisonment for his involvement in the execution of hostages in Milan in August 1944 but never extradited to Italy.

The contents of this page are sourced from Wikipedia article on 09 Mar 2020. The contents are available under the CC BY-SA 4.0 license.
View Theo Saevecke 's image gallery
Image Gallery 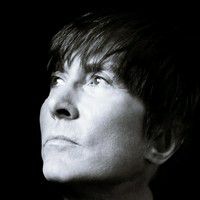