The Kid LAROI
The basics

Charlton Kenneth Jeffrey Howard (born 16 August 2003), also known professionally as The Kid Laroi (stylized as The Kid LAROI), is an Australian rapper, singer, and songwriter. Born in Sydney, but raised in rural Australia, he originally amassed a small following from his associations with rapper Juice Wrld, who mentored him while he was on tour in Australia. Laroi rose to international fame in 2019 when the music video for his song "Let Her Go" went viral. Laroi is also known for his singles "Diva" (featuring Lil Tecca), "Addison Rae", and "Go" (with Juice Wrld).

Charlton Kenneth Jeffrey Howard was born on 16 August 2003 in Waterloo, Sydney, Australia. He then moved to Broken Hill at the age of 7. When he was 11, he moved back to Waterloo and two years later he started his music career. From a young age, his mother would play him music by the Fugees, Erykah Badu and Tupac.

In 2018, Laroi garnered attention after becoming a finalist in the Triple J Unearthed high competition. He later signed a record deal with American rapper Lil Bibby's record label Grade A Productions and Columbia Records in 2019. Laroi was mentored by rapper Juice Wrld while he supported him on his Australian national tours in 2018 and 2019. Laroi rose to fame in late 2019 when the music video for his song "Let Her Go" was uploaded on Lyrical Lemonade. In 2020, his song "Diva" featuring Lil Tecca was also uploaded on Lyrical Lemonade and quickly amassed more than 20 million views. In March 2020, he released "Addison Rae", a song named after the popular TikTok user of the same name. In April 2020, he collaborated with rapper Lil Tjay on the song "Fade Away". On 12 June 2020, Laroi released his highly anticipated collaboration with the late Juice Wrld, titled "Go". It became his first charting single on the US Billboard Hot 100, debuting at number 52. In July, he was featured on Juice Wrld's posthumous album Legends Never Die on the song, "Hate the Other Side", which debuted at number 10 on the Hot 100, becoming his first top-ten. On 17 July, Laroi released "Tell Me Why", a tribute track to Juice Wrld, and the second single from his Fuck Love album, released on 24 July. 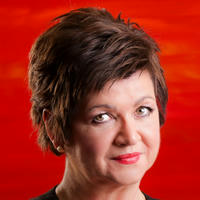