Thaddäus Xaverius Peregrinus Haenke (Czech: Tadeáš Haenke; Spanish: Tadeo Haenke; 6 December 1761 in Chřibská, now Czech Republic – 14 November 1816 in Cochabamba, now Bolivia) was a Czech geographer and explorer chiefly in South America and also in the Philippines. Due to his vast work, collection and discoveries he is sometimes called the "Czech Humboldt".

Thaddaeus Haenke was born of ethnic German extraction in the village of Chřibská in Bohemia in today's Czech Republic in 1761. A keen observer of nature from childhood, this aptitude was cultivated throughout his education at the Jesuit College in Prague, and later at the Charles University, where he studied medicine, botany and astronomy. He undertook a study of botany of the Giant Mountains ((Czech: Krkonoše, German: Riesengebirge) for the Royal Bohemian Academy of Science and, upon obtaining his degree of Magister in 1786, moved to Vienna. His botanical work took him to the Tyrol, Carinthia and Styria.

He came to the notice of Ignaz von Born and Nikolaus Joseph Jacquin, influential savants who put his name forward in July 1789 when the Spanish Government was recruiting for the Malaspina expedition. Prior to this, Born had proposed to Emperor Joseph II an Austrian expedition to the Pacific comparable to those led by James Cook. The expedition would have been commanded by William Bolts, of the Imperial Asiatic Company of Trieste. Although the emperor was initially enthusiastic, the venture eventually proved impossible to realize, principally because of the bankruptcy of the Imperial Asiatic Company of Trieste. The emperor gave Bolts leave to take his proposal to other courts friendly to Austria, and Bolts put placed it before the French government, which adopted the concept (though not its author) leading to the sending out of the Lapérouse expedition.

Haenke presumably would have been stimulated by the discussion associated with the schemes for round the world voyages of exploration to consider the advantages of participating in such an undertaking, and in fact he spent the period from September 1787 to May 1788 in anticipation of joining a proposed Russian expedition to the Pacific under the command of Grigory I. Mulovsky. He would have been the assistant to the proposed expedition’s chief scientist, Georg Forster, who had accompanied his father, Johann Reinhold Forster, on James Cook's expedition of 1772-1775. The Mulovsky expedition was prevented from leaving the Baltic by the outbreak of war with Sweden in 1787.

Following cancellation of the expedition, Haenke applied to fill the position of Professor of Natural History at the University of Vilna (Vilnius) which Forster had vacated in anticipation of taking up his new post with the Russians, but when preparation of the Malaspina Expedition was announced, he expressed interest in joining it. A long journey from Vienna brought Haenke by way of Munich, Strasbourg, Paris, Bordeaux, Biarritz and Madrid (where he was formally received into the expedition as “Naturalist-Botánico de Su Magestad”) to Cadiz just five hours after the two ships of the expedition, the Descubierta and Atrevida, had set sail from that port. He sailed on a following vessel, intending to catch up with the expedition in Buenos Aires. This vessel was wrecked close to Montevideo, and the intrepid Haenke was forced to swim for the shore, salvaging from his luggage (it is said) only his copy of Linnaeus, which he carried in a nightcap. Having in this way missed the expedition again, he hired guides for a trek overland across the pampas and Andes to Santiago de Chile, where he caught up with Malaspina in April 1790.

Thereafter he continued with the expedition during its visits to Peru, Guayaquil, Panama, Guatemala, Mexico, the North West American coast, California, Mexico again, Guam, the Philippines (he collected thousands of Philippine plants during the 7 months of traveling around Luzon, Samar, Mindanao and other islands), New Zealand, New South Wales and Vavao, arriving again at Callao, Peru in June 1793. Here he left the ships to again cross overland to Buenos Aires, with the intention of undertaking botanical and other scientific work along the way. Instead, he stayed in Peru, continuing to work as Royal Botanist. In 1810 he was ordered to return to Spain but the political situation caused him to decide to remain in Peru, where he had an estate at Yuracaré, near Cochabamba, in what is now Bolivia. He continued his botanical and other scientific work, remaining in regular contact with his homeland through a Bohemian glass trading company. He died in Cochabamba of accidental poisoning (it is said) in 1816, aged 54.

After he joined it in Santiago de Chile on 2 April 1790 the Malaspina Expedition lasted another three years during which Haenke collected several thousand plants. During the expedition’s stay at Sydney Cove, New South Wales, in Mar-April 1793, he carried out observations and collection relating to the natural history of the place, as he reported to the colony’s patron, Sir Joseph Banks.

Haenke's work in Peru, Bolivia, and Chile finally contributed to the creation of the smallpox vaccine. During his expedition through the Atacama desert, he discovered a method for transforming Chile saltpeter and potassium chloride into potassium nitrate. Furthermore, he improved explosives and gunpowder, giving his results to the Spanish army.

The standard author abbreviation Haenke is used to indicate this individual as the author when citing a botanical name.

Boxes with Haenke's collections with more than 15.000 specimen were found in Cadiz after his death. They were bought in 1821 by the Czech National Museum and brought to Prague, which basically saved the collection as it was starting to rot. Haenke also sent a large amount of collections with Malaspina's expedition to Madrid, but here they were included in the general herbarium collections and it seems almost impossible to identify them among other plants.

The Czech botanist Carl Bořivoj Presl, director of the Botany Department of the Czech National Museum, spent nearly 15 years producing the "Reliquiae Haenkeanae" (published from 1825 to 1835), a work based on botanical specimens collected in the Americas and the Philippines by Thaddaeus Haenke and purchased in Cadiz. The collection was edited and generously published in the 9 volumes of the exquisite Reliquiae Haenkeanae. Nevertheless, due to financial constraint, the work remained unfinished.

Haenke Island in Alaska was named after him. Haenke also advocated the medicinal benefit of hot springs.

Around 240 taxons carry his name, including:

A new private museum "Muzeum Tadeáše Haenkeho" has been established in Haenke's birth house in the town of Chřibská in the Czech Republic. 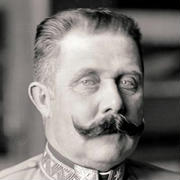