She has been President of the Arue, French Polynesia since 2003. She was the head candidate of her party's senatorial party in September 2014, having chaired Tahoeraa Huiraatira's group at the Assembly of French Polynesia: she is elected Senator in the first round with 411 votes. Her election was invalidated on 6 February 2015 by the Constitutional Council of France..

Candidate in the 2017 legislative elections in the second constituency, Iriti came second in the first round on 3 June, thirteen points behind Nicole Sanquer, Tapura Huiraatira candidate.

She was elected president delegate of Tahoeraa Huiraatira party on 6 June 2017.

The contents of this page are sourced from Wikipedia article on 10 Jul 2020. The contents are available under the CC BY-SA 4.0 license.
comments so far.
Comments
From our partners
Sponsored
Reference sources
References
https://www.interieur.gouv.fr/Elections/Les-resultats/Senatoriales/elecresult__SN2014/(path)/SN2014/987/index.html
https://www.conseil-constitutionnel.fr/decision/2015/20144907SEN.htm
https://la1ere.francetvinfo.fr/polynesie/tahiti/polynesie-francaise/legislatives-trois-candidats-tapura-presents-au-second-tour-480635.html
https://www.tahiti-infos.com/Teura-Iriti-elue-presidente-deleguee-du-Tahoeraa-Huiraatira_a161646.html
Trending today in 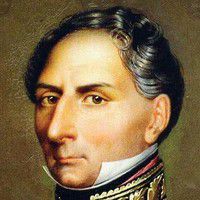