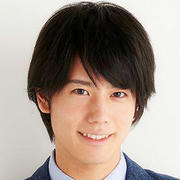 Tetsuya Iwanaga (岩永 徹也, Iwanaga Tetsuya, born 16 October 1986) is a Japanese pharmacist, male fashion model, tarento, and actor. He is represented with LesPros Entertainment. He is a member of Japan Mensa. He is a member of Iwanaga Kyōdai.

He worked as an exclusive model of the magazine Men's Non-no from July 2009, he also worked as a pharmacist since April 2012. Together with the same magazine models, Tomokane Osugi, and Hirokazu Akatsuka Iwanaga participated as a voice actor in the released film One Piece Film: Z in December 2012.

From February 2013 to July, he appeared in the Fuji TV series Terrace House under the nickname of Ōji (王子). After graduating from the same programme, Iwanaga appeared on the Yakyū-ken Corner of the broadcast Mecha-Mecha Iketeru! on 24 August the same year and became a topic on the internet. In November of the same year, he received membership of Japan Mensa, an organization of people with IQ with the world's top 2%. Broadcast on the same day of the same month Iwanaga appeared as a member of the "Ikemen Intelli Army" on Otameshika'! & Q-sama!! Gattai 2-jikan SP.

March 2014 After Men's Non-no exclusive model graduation (magazine publication up to the June issue) appears as a free model Baila, JJ, and other women's magazines. Iwanaga appeared in several advertisements including the Walkman F series. In addition, he participated in the writing of the medical part of Chapter 2, "Science and Technology Explaining in English" written by Ichida Kazuzo and Ueda Toshiko etc., his fields to be active are diverse. 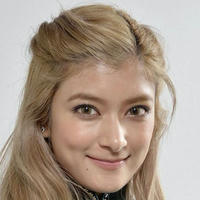