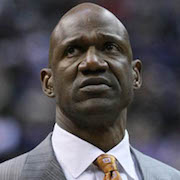 Terry Porter (born April 8, 1963) is an American college basketball coach and former player in the National Basketball Association (NBA). He is currently the head men's basketball coach at the University of Portland. A native of Wisconsin, he played college basketball at the University of Wisconsin–Stevens Point before being drafted 24th by the Portland Trail Blazers in the 1985 NBA draft. In Portland, he played ten seasons with two All-Star Game appearances. Porter spent 17 years in the NBA as a player. Following his retirement as a player in 2002, he began coaching in the league and has twice been a head coach, first with his hometown Milwaukee Bucks, and then with the Phoenix Suns up until February 16, 2009. He was the alumni ambassador for Portland Trail Blazers.

Porter attended college at the University of Wisconsin–Stevens Point (The Pointers), a Division III school. He played under head coach Dick Bennett, and with Brad Soderberg (who later became the head coach at Saint Louis University).

In four seasons at Stevens Point, Porter averaged 13.5 points, 3.8 rebounds and 3.8 assists per game, and shot 58.9 percent from the floor. As a junior he averaged 18.8 points and shooting over 65 percent from the floor. Twice with the Pointers, as both a junior and a senior, he was named an NAIA First-Team All-American. As a junior he was named the NAIA "Player of the Year", and in the 1984 NAIA tournament, he was named the tournament's Most Valuable Player even though the Pointers lost the national championship to Fort Hays State.

After the 1984 tournament, Porter was the only NAIA player to be invited to the 1984 U.S. Olympic Team trials. (A team included Patrick Ewing, Michael Jordan, Sam Perkins, Wayman Tisdale, Chris Mullin, and Steve Alford.) 72 players were invited to the trials, led by head coach Bob Knight. At the trials he said: "I'm sure a lot of guys might have been surprised to see me here, I didn't even expect to get invited. This competition is a whole notch up from what I'm used to. I feel kind of in awe". Porter made it to the final 20 (even though he had the chicken pox), but on a team that was heavy on guards (Jordan, Alford, Vern Fleming, Alvin Robertson, and Leon Wood), Porter was cut on May 13, 1984 along with Charles Barkley and John Stockton.

After the Olympic trials NBA scouts began to notice Porter for his "tight defensive play, nonstop hustle and deft shooting touch". He commented: "I wasn't much good in high school, so the big schools didn't come after me. But I guess I've improved a lot at Point". After three seasons at shooting guard (or 2G) he moved to the point guard (PG) position.

Following his senior season, where he averaged 19.7 points and 4.3 assists per-game, he was the only Division III player named to the National Association of Basketball Coaches-Valvoline All-America Game. He was also the only NAIA player named to the Aloha Basketball All-Star Classic, where he was named to the all-tournament team (along with Detlef Schrempf, Harold Keeling, Xavier McDaniel, and Joe Dumars), and as "top defensive player" and co-MVP.

Porter returned to Wisconsin–Stevens Point to finish his degree in communications, obtained in 1993, with an emphasis in television and radio. He was awarded a Distinguished Alumnus Award in 1999.

Going into the 1985 NBA draft, the Chicago Bulls, Atlanta Hawks, Golden State Warriors, and San Antonio Spurs, all looked to draft Porter. Most pundits, including Bob Ryan of the Boston Globe, projected him going to the Houston Rockets with the 19th pick in the draft, while Jan Hubbard of the Dallas Morning News had him going to the Detroit Pistons with the number 18 pick. And he was considered the second best choice at point guard, behind Sam Vincent, out of Michigan State.

On June 18, 1985 the Portland Trail Blazers selected Porter with the 24th overall pick in the NBA Draft. Porter slipped from the projected 18th or 19th pick while other guards, Joe Dumars (18th by the Pistons), Steve Harris (19th by the Rockets), and Sam Vincent (20th by the Celtics), went ahead of him.

During his decade-long tenure in Portland, Porter went to the NBA Finals twice and continues to hold the NBA Finals single-game record for the most free throws made, none missed—15 (June 7, 1990 at Detroit). He was the recipient of the J. Walter Kennedy Citizenship Award in 1993, and remains as the Trail Blazers' all-time assists leader with 5,319.

Porter signed as a free agent with the Minnesota Timberwolves prior to the 1995–96 season and helped the Wolves clinch their first-ever playoff berth in 1996–97 and their first winning season the following year.

He signed with the Miami Heat before the 1998–99 campaign.

He signed with the San Antonio Spurs prior to the 1999–2000 season. He retired after the 2001–02 season, having never been traded during his NBA career.

Porter's teams compiled a record of 815-547 (.598) during his career, and only once failed to make the postseason.

Porter spent the 2002–03 season as an assistant coach with the Sacramento Kings, his first season in coaching.

On August 6, 2003, the Milwaukee native was hired as head coach of the Milwaukee Bucks. He was the eighth head coach in franchise history. He coached the Bucks for two years, leading a team which was expected to wind up in the playoffs after landing in the NBA draft lottery. However, the Bucks failed to make the playoffs the next season, and Porter was released during the 2005 offseason. In his time away from the game, he coached his sons fifth grade basketball team to an undefeated season. After a year away from the professional game, Porter joined the Detroit Pistons staff as an assistant coach for the 2006–07 season.

On June 9, 2008, Porter was named the 13th head coach of the Phoenix Suns, succeeding Mike D'Antoni.

On February 16, 2009, the Suns fired him after 51 games, and replaced him with assistant Alvin Gentry. The Suns had a 28-23 record, ninth in the Western Conference, with Porter.

On December 6, 2011, he was hired as an assistant coach by the Minnesota Timberwolves under Rick Adelman.

On January 8, 2013, the Timberwolves announced that Porter would be acting head coach while Adelman was not with the team due to family issues.

On April 2, 2016, it was announced that Porter was hired as the head men's basketball coach by the University of Portland.

In 2006 Porter led an investor group attempting to purchase the then-troubled Portland Trail Blazers from owner Paul Allen. Porter teamed with Rob Kremer, a local talk-show personality and former investment banker, and Todd Stucky, a local businessman and longtime Porter friend, to raise the necessary capital to buy the team. Porter's buyout team was joined by George Postolos, who had recently resigned as CEO of the Houston Rockets, and who brought with him a lead investor to round out the Porter investor team package. After the 2006 draft in which the Trail Blazers significantly upgraded their personnel through a series of trades by Blazer executive Kevin Pritchard, Paul Allen appeared to renew his interest in the team, and removed it from the market.

Porter joined the Trail Blazers television broadcasting team before the start of the 2010–2011 season.

Porter, the youngest of six children, is an avid golfer. He and his wife Susie have three children – Brianna, Franklin and Malcolm. The family resides in the Portland area. Throughout his career, Porter has been active with the Boys and Girls Club and is a member of the organization's Hall of Fame. In 1994, he created the Milwaukee Scholars Fund, which provides scholarships to minority students in Milwaukee to attend schools in the University of Wisconsin System. 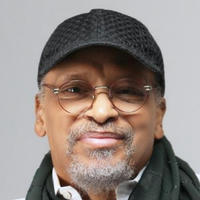 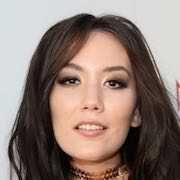