Terry Neese (born 1947/1948) is an American businesswoman and political candidate. She was the Republican nominee for Lieutenant Governor of Oklahoma in 1990, and is a candidate for Oklahoma's 5th congressional district in the 2020 election.

Terry Neese was born in Walters, Oklahoma, and raised in Cookietown, Oklahoma. She has two sisters. She graduated from Burkburnett High School in Burkburnett, Texas. Neese went on to attend the University of Oklahoma for a short time. While there, she studied secretarial science with the intention of being an administrative assistant after graduation.

Neese worked for several companies in Norman, Oklahoma as a secretary and later office manager. Neese later worked as a personnel consultant for two firms in Norman. She gravitated toward mentoring women and advancing their careers in secretarial positions to managerial roles. After two of the companies she worked for went out of business, Neese founded her own business with $600. It later turned into a multimillion-dollar business. The first company that she started was Terry Neese Personnel Service in 1975. In 2000, she passed on the company to her daughter, Kim Neese-Brown. The company has helped find employment for more than 24,000 people in Oklahoma.

Neese also serves as the president and CEO of GrassRoots Impact, Inc. GrassRoots Impact provides a communications strategy for corporations and government agencies to effectively reach out to women and minorities in business.

In 1986, she founded a charity called Oklahomans Helping Oklahomans. The next year, she was named a co-chair for Business Partners Inc. in Oklahoma.

She is the co-founder of WIPP (Women Impacting Public Policy) which was created in 2001. WIPP has over 600,000 members and works to advocate for women in business. Associated with this is the Institute for Educating and Empowering Women All Around the World. Neese serves as the founder and CEO of this umbrella organization, which strives to educate women in business, socially, and politically. Another of Neese's organizations, Peace Through Business can be found under this umbrella. Peace Through Business is a business training and mentorship program for women in Afghanistan and Rwanda.

In 2001, she created the Terry Neese Center for Entrepreneurial Excellence, and SBA Women's Business Center, in which she serves as the Chairwoman of the Board.

In 1990, Neese became the first woman nominated by a major political party for Lieutenant Governor of Oklahoma.

In 1994 she ran for Lieutenant Governor again. This time she faced two other candidates in the Republican primary. Neese ranked first with 38% of the vote, but failed to reach the 50% threshold needed to win outright. Fallin ranked second with 36% of the vote, qualifying for the run-off election. Neese was defeated in the run off by Fallin, the results were 53%-47%.

In 2005, Neese was selected by President George W. Bush to serve as Director of the United States Mint. Neese had been a top fundraiser for Bush's campaign. She declined the offer.

During the 2016 United States Presidential Election, Neese served as the National Finance Chairman for the Carly Fiorina 2016 presidential campaign.

In April 2019, Neese announced her candidacy for Oklahoma's 5th congressional district in the 2020 election. Prior to announcing her candidacy, she moved into the district from Oklahoma's 3rd congressional district. In the June 30, 2020 Republican primary, Neese placed first among a field of nine candidates. As no candidate amassed 50 percent of votes cast, the top two vote-getters will advance to a runoff. The winner of the runoff face incumbent Democrat Kendra Horn in the November general election.

Neese was inducted into the Oklahoma Women's Hall of Fame in 2007.

Neese was listed as a resident of Yukon, Oklahoma in 2019, but subsequently rented an apartment in Oklahoma City, within Oklahoma's 5th congressional district, ahead of her congressional campaign.

The contents of this page are sourced from Wikipedia article on 03 Aug 2020. The contents are available under the CC BY-SA 4.0 license.
View Terry Neese 's image gallery
Image Gallery 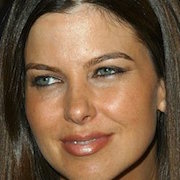