Kendall's first major success was at the 1969 New Zealand PGA Championship at the Mount Maunganai Golf Course. He shot a course record 63 (−10) in the second round to take the lead. Although he did not break 70 on the weekend, he made a "pressure putt" on the final hole to defeat Bob Charles and John Lister by one. In October 1969, he had the honour of being selected to represent New Zealand, together with John Lister (golfer), in the World Cup in Singapore. Shortly afterwards he almost won the Tasmanian Open. He held a big lead but, in his words, got "greedy" and hit a number of overly ambitious shots. He finished runner-up.

In 1970 Kendall won twice. In August 1970, he played excellently at the Queensland Open in Brisbane, Australia. Kendall was well behind 54-hole leader Bill Dunk at the beginning of the final round but birdied a number of holes in the middle of the round to get close. On the 14th hole he took the lead for the first time after a bogey-birdie exchange with Dunk. Kendall fell into a tie after a bogey on 16 but birdied the last for a one-stroke win over Dunk and Glen McCully. It was his first win in Australia. Three months later he won again, this time in New Zealand at the Caltex Tournament. Kendall took a three shot lead into the final round but was well over par after 17 holes. He fell behind playing partner Maurice Bembridge. However, he made an eagle 3 on the last hole to equal playing partner Bembridge, who could only make birdie. There were no playoffs in the tournament so the event ended in a tie.

During this era, Kendall also played with some success internationally. He finished tied for 5th at the 1971 Japan Airlines Open, 5 back of David Graham. The following year he held the 54-hole lead at the World Friendship tournament (though would ultimately fall to Taiwan's Hsieh Yung-yo). In 1972 he recorded one more top finish in Japan, finishing runner-up at the The Crowns. He also won the Saskatchewan Open on the Peter Jackson Tour in Canada that year.

Kendall would return to Australia for the 1972-73 season and have much success. In October 1972, Kendall won the North Coast Open. A month later he led the way after the first round of the Quantas Australian Open, shooting a course record 68 (−4) in "cold winds" at the Kooyonga Golf Course to lead by two shots. He would shoot a 74 (+2) in the second round, however, and ultimately finish well back. A month later he recorded a third place showing in his home country at the Otago Charity Classic, two out of a Johnny Miller/Lu Liang-Huan playoff. This excellent play through the early 1970s would help him qualify to represent New Zealand for a secnd time at the 1973 World Cup in Marbella, Spain. (Kendall, however, withdrew from the tournament and was replaced by Simon Owen.)

In February 1978, Kendall won the pro-am for the Griffith Golf Classic and, later in the year, held the overnight lead at the South Seas Classic. The following year he was runner-up to Marty Bohen at the Tasmanian Open, and won the Way Channel 9 Celebration Open. In January 1980, he took the first and second round lead at the Traralgon Classic before settling for third place.

During this time he served as a mentor for future PGA Tour pro Frank Nobilo.

In 1984, burnt out from the grind of international golf, he retired as a touring professional. He continued to work in the golf industry, however, as a club professional.

Shortly after turning 50, however, he briefly renewed his touring professional career, playing seven events on European Seniors Tour. He did not have many highlights, however, and quickly stopped playing after the 1999 season.

According to the New Zealand Herald, he won at least 10 global tournaments.

Kendall was married and had two daughters. Late in life he lived in St. Lukes, a neighborhood within Mount Albert, an inner suburb of Auckland.

On 15 November 2002, Kendall was in his parked car near his apartment in St. Lukes. The flames abruptly swept the car. Witnesses pulled Kendall out of the car while Kendall was still alive. Paramedics arrived shortly later and Kendall was taken to Middlemore Hospital. He died later at the hospital. He was 55 years old. It was labeled a "suspicious death" but no evidence of a crime was discovered. 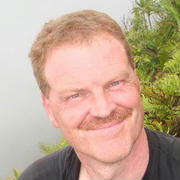 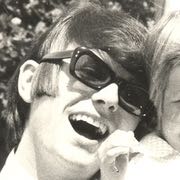