Terry J. Dubrow (born September 14, 1958) is an American plastic surgeon and television personality. He is known for his work on The Swan and for co-hosting Botched with Dr. Paul Nassif. He also appears on The Real Housewives of Orange County with his wife, Heather. In 2015, Dubrow appeared on Good Work, a plastic surgery-themed talk show, together with co-hosts RuPaul and Sandra Vergara. Dubrow also performed the plastic surgery procedures on Bridalplasty, a reality series which premiered in 2011 and featured a group of women who competed in order to win a wedding and transformative plastic surgery procedure. In October 2015, the eight-episode spin-off series of Botched was announced entitled Botched by Nature. The show premiered on August 9, 2016, starring Dr. Terry Dubrow.

Terry Dubrow was born to Laura and Alvin Dubrow. He was raised in Los Angeles with his older brother Kevin, who was the lead singer for the popular metal band Quiet Riot for the majority of that band's existence until his death in 2007. He married actress and Real Housewives of Orange County star Heather Dubrow (née Kent) in 1999. They have four children.

Dubrow received his medical degree from the University of California, Los Angeles School of Medicine and also holds a master's degree from Yale University. He went on to complete a residency in general surgery and was chief resident at Harbor-UCLA Medical Center and he completed his fellowship in plastic and reconstructive surgery at the UCLA Medical Center. Dubrow is board certified by the American Board of Plastic Surgery, and a Fellow of the American College of Surgeons.

Dubrow and his wife promote a fad diet known as the "Dubrow Diet," based on a form of intermittent fasting. 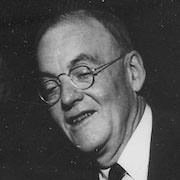