Terrell Sinkfield, Jr. (born December 10, 1990) is an American football cornerback who is currently a free agent. He played college football at Northern Iowa. In his career Sinkfield has been a member of six NFL teams, three CFL teams, and one AAF team.

Sinkfield was not invited to the NFL Combine, but garnered much attention with an impressive performance at Minnesota's Pro Day, after posting an unofficial time of 4.19 seconds in his second attempt in the 40-yard dash.

Went undrafted in the 2013 NFL Draft but was signed as a free agent by the Miami Dolphins.

On September 4, 2014, Sinkfield signed with the Hamilton Tiger-Cats (CFL) . His first game was against the Saskatchewan Roughriders in which he scored a 58-yard punt return touchdown. Teamed with fellow speedster Brandon Banks, Sinkfield helped lead the TiCats to the Grey Cup game, with his speed and elusiveness. He caught 10 passes for 120 yards and had 613 return yards and a touchdown in just 7 games in Hamilton, over 100 all purpose yards per game. In the Grey Cup, Sinkfield caught 4 of 6 targets for 28 yards, and finished the game with 23 return yards.

On September 19, 2016, Terrell signed with the BC Lions. Sinkfield appeared in seven games for the Lions in 2016, catching 16 passes for 297 yards with 3 touchdowns.

On September 4, 2017, Sinkfield was signed to the New York Jets' practice squad. He signed a reserve/future contract with the Jets on January 1, 2018. On August 31, 2018, Sinkfield was waived by the Jets.

On September 3, 2018, Sinkfield was signed to the Oakland Raiders' practice squad. He was released on September 11, 2018.

Sinkfield returned to the CFL on October 10, 2018, signing with the Hamilton Tiger-Cats. Sinkfield played in the final 2 regular season games, playing on offense in the first, where he caught 6 passes for 55 yards, and on special teams in the second, where he returned 6 kickoffs for 141 yards and 6 punts for 65 yards. Sinkfield was inactive for both playoff games that Hamilton played in; when head coach June Jones was asked about Sinkfield's benching in favor of newcomer Bralon Addison, Jones jokingly replied about Addison, "He's better." 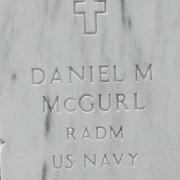