Sir Terepai Tuamure Maoate, KBE (1 September 1934 – 9 July 2012) was Prime Minister of the Cook Islands from 18 November 1999 to 11 February 2002. He was a member of the Cook Islands Democratic Party
Maoate was born in Rarotonga on 1 September 1934, and educated at Ngatangiia Primary School, Fiji School of Medicine, and the University of Auckland (New Zealand). He worked as a medical doctor before becoming Director of Clinical Services for the Ministry of Health in 1976.
Maoate was elected to the Cook Islands Parliament as MP for Ngatangiia in the March, 1983 general election. He subsequently served as Minister of Health and Agriculture in the Democratic cabinet of Tom Davis, and between 1985 and 1989 was also Deputy Prime Minister.
In 1998, Maoate became Leader of the Democratic party and Leader of the Opposition. The 1999 election produced a hung Parliament, and following several coalition realignments, Maoate became Prime Minister. He was ousted by his former Deputy Prime Minister Robert Woonton on 11 February 2002, and subsequently became Leader of the Opposition.
In early 2003 the Democratic Party re-merged, and Maoate was reappointed to cabinet, replacing Cook Islands Party leader Geoffrey Henry as Deputy Prime Minister. However the arrangement did not last, with Maoate resigning and tabling a motion of no-confidence in the government in November. Continued factional infighting saw Maoate fail to become Prime Minister after the 2004 elections, when a group of Democratic Party MPs split to back Jim Marurai. However, a coalition realignment in 2005 saw Maoate reappointed as Deputy Prime Minister again. In July 2009, he was given the additional position of Foreign Minister.
In December 2009 Maoate was sacked as Deputy Prime Minister in favour of Robert Wigmore, sparking a mass-resignation of Democratic Party cabinet members and the withdrawal of support for the government. He was subsequently replaced as Democratic Party leader by Wigmore in June 2010.
In September 2010 he failed to be reselected for his Ngatingiia seat after losing a run-off. He subsequently decided to run as an independent, but was unsuccessful.
Maoate was knighted in 2007.
Maoate died on 9 July 2012 age 77. 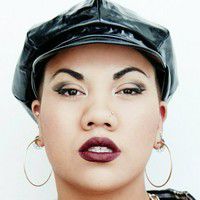 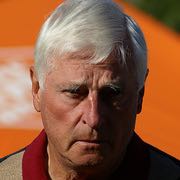