Terence Mordaunt (born May 1947) is co-owner of The Bristol Port Company. He is also Chairman of Pendennis Shipyard Ltd. and Chairman of the climate science denial group Global Warming Policy Foundation.

He is a relative of Penny Mordaunt, a UK member of parliament, to whom his company First Corporate Consultants Ltd donated £10,000 in 2019.

Mordaunt is a trustee of the Mordaunt Trust, along with family members Jonathan and Sharon Mordaunt, and Christopher Tite, a director of Mordaunt's company First Corporate Shipping Limited.

He is also a director of The Outward Bound Trust.

Mordaunt is a Bronze level patron of the Royal West of England Academy and is a patron of Bristol Museums along with Julia Mordaunt.

He is estimated to be the 16 richest person in the South West of England.

Mordaunt is co-owner of the cargo handling business Bristol Port Company. He and his business partner David Ord bought the Port of Bristol for £36m from Bristol City Council in 1991.

He is also Chairman of Pendennis Shipyard Ltd, a Falmouth-based company that builds and refits luxury yachts, which had a turnover of £52m in 2017.

Mordaunt is a member of The Society of Merchant Venturers, a Bristol charity whose membership is "drawn from individuals who have been successful in their chosen area of business".

He was previously a director of Business West, A not-for-profit company with 200 staff and a turnover of £10 million.

Mordaunt is a Patron of Conservative Way Forward, a British pressure group based on Thatcherite principles.

In April 2017 Mordaunt joined the board of the climate denial think tank, Global Warming Policy Foundation (GWPF) run by Nigel Lawson, becoming chairman in 2019. He told openDemocracy that: 'No one has proved yet that carbon dioxide is the culprit [of climate change]. It may not be.’ In 2019, Mordaunt and Ord’s company gave Boris Johnson and Jeremy Hunt £25,000 each for their campaigns to become the Conservative party leader.

According to Business Insider, Mordaunt and Ord have given over £640,000 to the Conservative Party since 2001. Mordaunt was listed as the 13 biggest donor to the pro-Brexit campaign. 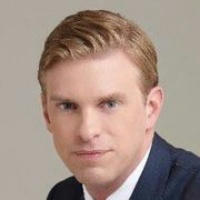