David Sanchez Badillo was born in Ponce, Puerto Rico. Tempo studied in the Escuela Libre de Música Juan Morel Campos of the municipality. At the age of five years moved to upstate Haverstraw, New York, Rockland County, with his family for a period of four years.

He returned to Puerto Rico and at the age of 11 began to write his first rap lyrics. He began his career by participating in talent shows.

Tempo first appeared in DJ Joe 3, which was released in 1995, with another appearance in DJ Joe 4 a year later. It was during this time that he met DJ Playerowhich led to him being added to his roster and recording his first major hit in the fledgling reggaeton genre with "Bailando Quiero Verlas" in 1998 on Playero 41: Past Present & Future. During this time, Tempo began working on recording his debut album "Game Over" with DJ Playero after becoming one of the first artists signed by Buddha's Productions in the late 1990s.

On October 10, 2002, Tempo was detained and imprisoned for drug trafficking. While he was in prison, previously recorded songs were released in various compilation albums. In 2003 came "Quien Quiere Guerra" on Desafio (2004) and "Van A Ver Lo Que Es Muerte" on Las Plagas 2 (2003). In 2004, the song "Que Es Lo Que Quiere?" was released in DJ Nelson's Flow la Discoteka.

Free Tempo was released in June 2009. This production received a nomination under Best Long Form Music Video in the Latin Grammy Awards of 2009 for the video which featured The London Symphony Orchestra.

Tempo was released on October 9, 2013, to a halfway house in Puerto Rico for 6 months to finish his sentence. During this time he was able to record his mixtape Free Music, which was released as a free download on his official website on December 21, 2013.

His first concert after his release was on May 17, 2014, in the Jose Miguel Agrelot Coliseum.

Back To The Game

The contents of this page are sourced from Wikipedia article on 26 Oct 2020. The contents are available under the CC BY-SA 4.0 license.
View Tempo 's image gallery
Image Gallery 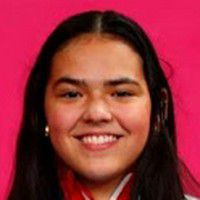