Telle Whitney was born on June 5, 1956 in Salt Lake City, Utah. Raised in a Mormon family descended from Brigham Young, she moved to Southern California when she was 7, and then back to Utah when she was 15 after her mother died. Her father was a lawyer and her mother was a housewife who returned to school to be a history teacher.

Whitney received a bachelor's degree in computer science from the University of Utah in 1978 and a Ph.D. in computer science from Caltech in 1985. She moved to Silicon Valley to work in the chip industry, creating chips and the software that supports them. She held senior technical management positions at Actel and Malleable Technologies, as well as senior roles at several startup technology companies.

Founding of the Grace Hopper Celebration of Women in Computing

In 1994, Whitney and Anita Borg founded the Grace Hopper Celebration of Women in Computing Conference, which is the largest gathering of women in computing in the world. With simply the initial idea of creating a conference by and for women computer scientists, Borg and Whitney met over dinner, with a blank sheet of paper, having no idea how to start a conference, and started to plan out their vision. The first Grace Hopper Celebration of Women in Computing was held in Washington, D.C., in June 1994, and brought together 500 technical women. Telle Whitney described walking into the conference and being surrounded by 500 technical women as “life-changing.”

In 2004, Telle Whitney co-founded the National Center for Women & Information Technology (NCWIT) with Lucy Sanders and Robert Schnabel. She has served as Secretary/Treasurer of the Association for Computing Machinery (ACM) and is co-chair of the ACM Distinguished member committee. She was a member of the National Science Foundation CEOSE and CISE advisory committees, and she serves on the advisory boards of Caltech’s Information Science and Technology (IST), California Institute for Telecommunications and Information Technology, and Illuminate Ventures. She is also a member of the Forbes Executive Women’s Board.

The contents of this page are sourced from Wikipedia article on 07 Mar 2020. The contents are available under the CC BY-SA 4.0 license.
View Telle Whitney 's image gallery
Image Gallery

Founding of the Grace Hopper Celebration of Women in Computing 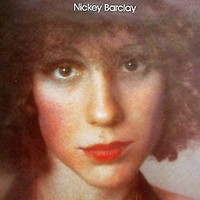