On 19 October 2015, she reached her best singles ranking of world No. 43. Pereira has won 22 singles and 10 doubles titles on the ITF Women's Circuit to date.

Playing for Brazil at the Fed Cup, she has a win–loss record of 26–10.

Teliana Pereira was born on 20 July 1988 in Águas Belas, and is coached by her brother, Renato. Pereira's parents are Jose and Maria; she has three brothers and three sisters. She started playing at age 8 because her brothers played. Pereira's favorite tournament is the French Open. Her childhood tennis idol was Gustavo Kuerten. Her favourite surface is clay.

In February 2013, Pereira reached the semifinals of Copa Colsanitas as a qualifier, which boosted her singles ranking to 116.

In February 2014, Pereira reached the semifinals of Rio Open.

In April 2015, Pereira reached the final of Copa Colsanitas, where she won her first WTA title beating fifth seed Yaroslava Shvedova in straight sets to become the first Brazilian woman to win a WTA singles title since 1988, and jumping 130 places up the WTA rankings to No. 81.

In July 2015 she won her second WTA title at the Brasil Tennis Cup in Florianópolis. With the result, Pereira entered the top 50 for the first time. She was just the second Brazilian in the Open Era to win a WTA title in Brazil – Niege Dias achieved the feat once, doing it over in Guarujá in 1987.

Pereira performed very poorly throughout 2016 and finally dropped out of top 200 by the end of the season.

Record against players who were ranked top 10

The contents of this page are sourced from Wikipedia article on 07 Mar 2020. The contents are available under the CC BY-SA 4.0 license.
comments so far.
Comments
From our partners
Sponsored
Reference sources
References
http://www.telianapereira.com.br/?pg=noticias&id=2567
http://globoesporte.globo.com/tenis/noticia/2013/02/teliana-perde-na-semifinal-e-encerra-melhor-campanha-do-pais-em-24-anos.html
http://tenisbrasil.uol.com.br/noticias/25222/Semifinalista-Teliana-cobra-maior-intensidade/
http://www.wtatennis.com/news/article/4903613/title/pereira-makes-history-at-home-in-brazil
https://www.wtatennis.com/players/311647/teliana-pereira
https://www.itftennis.com/procircuit/players/player/profile.aspx?playerid=100029682
https://www.fedcup.com/en/players/player.aspx?id=800237095
Trending today in 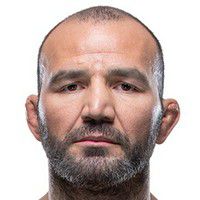 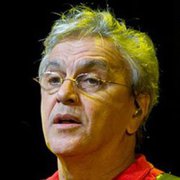