He is the son of Gabriel Antoine Armand, Count de Gramont (1908–1943), a pilot in the French escadrille in England during World War II. Gramont is an old French noble family.

After his father's death in a training flight, Morgan began to lead two parallel lives. He attended Yale University (where he was a member of Manuscript Society) and worked as a reporter. But he was still a member (albeit a reluctant one) of the French nobility. He was drafted into the French Army where he served for two years from 1955 to 1957, during the Algerian War, initially as a second lieutenant with a Senegalese regiment of Colonial Infantry and then as a propaganda officer. He subsequently wrote in frank detail of his brutalizing experiences while on active service in the bled (Algerian countryside) and of the atrocities committed by both sides during the Battle of Algiers.

Following his military service, Morgan returned to the United States and won the Pulitzer Prize for Local Reporting, Edition Time in 1961 for what was described as "his moving account of the death of Leonard Warren on the Metropolitan Opera stage." At the time, Morgan was still a French citizen writing under the name of "Sanche de Gramont".

In the 1970s, Morgan stopped using the byline "Sanche de Gramont". He became an American citizen in 1977, renouncing his titles of nobility. The name he adopted as a U.S. citizen, "Ted Morgan", is an anagram of "de Gramont". The new name was a conscious attempt to discard his aristocratic French past. He had settled on a "name that conformed with the language and cultural norms of American society, a name that telephone operators and desk clerks could hear without flinching" (On Becoming American, 1978). Morgan was featured in the CBS news program 60 Minutes in 1978. The segment explored Morgan's reasons for embracing American culture and showed him eating dinner with his family in a fast food restaurant.

Morgan has written biographies of William S. Burroughs, Franklin Delano Roosevelt and Winston Churchill. The last-named was a finalist in the 1983 Pulitzer Prize for Biography. His 1980 biography of W. Somerset Maugham was a 1982 National Book Award finalist in its first paperback edition. He has also written for newspapers and magazines. 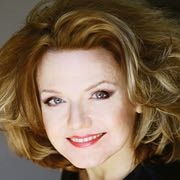