A 12th-generation native of New York City, Taylor Mali graduated from the Collegiate School, a private school for boys, in 1983. He received a B.A. in English from Bowdoin College in 1987 and an M.A. in English/Creative Writing from Kansas State University in 1993. One of four children, his mother was children's book author Jane L. Mali, a recipient of the American Book Award, and his father was H. Allen Mali, vice president of Henry W.T. Mali & Co., manufacturers of pool table coverings. He is the great-great-grandson of John Taylor Johnston, founding president of the Metropolitan Museum of Art. He has married three times. His first wife was Rebecca Ruth Tauber (married in 1993; she died in 2004) and his second wife was Marie-Elizabeth Mundheim (married in 2006; they divorced in 2012). On August 11, 2013, Mali married Rachel Kahan. On January 2, 2015, Taylor Mali became a father to a baby boy.

As a slam poetry performer, Taylor Mali has been on seven National Poetry Slam teams; six appeared on the finals stage and four won the competition (1996 with Team Providence; 1997, 2000 and 2002 with Team NYC-Urbana). Mali is the author of What Learning Leaves and the Last Time as We Are (Write Bloody Publishing), has recorded four CDs, and is included in various anthologies. Poets who have influenced him include Billy Collins, Saul Williams, Walt Whitman, Rives, Mary Oliver, and Naomi Shihab Nye. He is perhaps best known for the poem "What Teachers Make." The popular poem became the basis of a book of essays, titled, "What Teachers Make: In Praise of the Greatest Job in the World" which was published in 2012 by Putnam Adult.

He appeared in Taylor Mali & Friends Live at the Bowery Poetry Club and the documentaries "SlamNation" (1997) and "Slam Planet" (2006). He was also in the HBO production, "Russell Simmons Presents Def Poetry," which won a Peabody Award in 2003. Taylor Mali is the former president of Poetry Slam Incorporated, and he has performed with such renowned poets as Billy Collins and Allen Ginsberg. Although he retired from the National Poetry Slam competition in 2005, he still helps curate the reading series Page Meets Stage, held monthly at the Bowery Poetry Club. His chapbook, The Whetting Stone, won the Rattle Chapbook Prize for 2017.

Taylor Mali spent nine years teaching English, history, and math, including stints at Browning School, a boys' school on the Upper East Side of New York City, and Cape Cod Academy, a K-12 private school on Cape Cod, Massachusetts. He now lectures and conducts workshops for teachers and students all over the world. In 2001 Taylor Mali used a grant from the New York Foundation for the Arts to develop the one-man show "Teacher! Teacher!" about poetry, teaching, and math. He is a strong advocate for the nobility of teaching and in 2000 he set out to create 1,000 new teachers through "poetry, persuasion, perseverance, or passion." He finally reached the mark on April 1, 2012.

Collections in which Taylor Mali's work is included

Collections in which Taylor Mali's work is included

The contents of this page are sourced from Wikipedia article on 17 Sep 2020. The contents are available under the CC BY-SA 4.0 license.
View Taylor Mali 's image gallery
Image Gallery 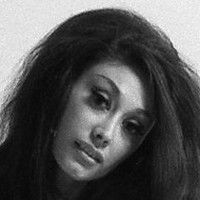 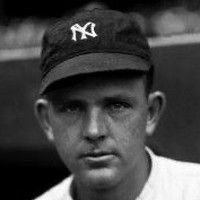