A native of Nashville, Tennessee, Hill attended Mount Juliet High School and played college baseball at Vanderbilt University. In 2009, he played collegiate summer baseball with the Chatham Anglers of the Cape Cod Baseball League. He was drafted by the Cleveland Indians in the 30th round of the 2010 MLB Draft, but did not sign and returned to Vanderbilt for his senior season. He was then drafted by the Washington Nationals in the sixth round of the 2011 MLB Draft.

On May 27, 2018, Hill signed a minor league deal with the San Francisco Giants and was assigned to AA. He became a free agent after the season.

On March 6, 2019, Hill signed with the Sioux Falls Canaries of the American Association.

In January 2020, Hill joined the Toronto Blue Jays organization as the development coach for the Advanced-A Dunedin Blue Jays. 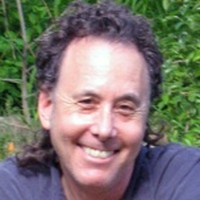