Tatyana Sergeyevna Chernova (Russian: Татьяна Серге́евна Чернова; born 29 January 1988 in Krasnodar) is a Russian heptathlete. She was originally awarded the bronze medal at the 2008 and 2012 Summer Olympics, and the gold medal at the 2011 World Championships in Athletics before being stripped of those medals for doping. A serial offender, all of her athletics results from 17 August 2008 to 5 February 2016 have been disqualified due to doping.

She rebounded the following year at the 2008 IAAF World Indoor Championships, where she came seventh in the women's pentathlon. Later that summer she won the Hypo-Meeting in a personal best score of 6618 points and managed a performance of 6591 points at the 2008 Summer Olympics. She originally finished fourth, but following the disqualification of Lyudmyla Blonska for doping, she was upgraded to the bronze medal (her first major senior medal). She failed to build upon this in 2009 and ended the year with a season's best of 6386 points, having come eighth at the 2009 World Championships in Athletics.

At the start of the 2010 season, she originally was awarded the bronze medal in the pentathlon at the 2010 IAAF World Indoor Championships, finishing behind Jessica Ennis and Nataliya Dobrynska. Chernova represented Russia at the 2010 European Athletics Championships and finished fourth in the heptathlon with 6512 points. She was the winner of the 2010 Décastar event, recording a total 6453 points, and this moved her into first place in the IAAF Combined Events Challenge rankings.

Chernova began the 2011 season with a significant personal best of 6773 points at the TNT-Fortuna Meeting. This was a meeting record and represented an improvement of more than 150 points over her previous best. She had run a personal best in the 100 metres hurdles (13.32 seconds), but her consistency over all seven events proved to be the reason for the definitive improvement.

Prior to the 2011 World Championships in Athletics, it was reigning champion Jessica Ennis who was ranked number one that year, followed by Chernova. At the championships in Daegu, she equalled her bests in the 200 metres and the 100 m hurdles, and set an outright best in the shot put. On the final day, a strong performance in the javelin throw (52.95 m) saw Chernova overhaul and establish a significant lead over second placed Ennis. She finished third in the 800 metres final, but still maintained her lead and initially became the world heptathlon champion with a personal best total of 6880 points. Chernova won the Decastar Meeting a month later to take a consecutive series win on the IAAF Challenge circuit, having amassed 20,332 points over three competitions.

After retesting of samples from the 2009 IAAF World Championships Chernova was found to have been using doping. Her results from 15 August 2009 to 14 August 2011 were annulled and she was suspended for two years from 22 July 2013. On March 25, 2015, the IAAF filed an appeal with the Court of Arbitration in Lausanne, Switzerland, questioning the selective disqualification of the suspension periods of six other athletes disqualified about the same time. Chernova's case also involved strange gaps in her suspension periods, including opening up her eligibility two weeks before the World Championship gold medal and initiating another disqualification period less than two weeks after she won the Universiade gold medal.

On 24 April 2017 she was disqualified and stripped of her bronze medal in 2008 Summer Olympics due to doping. This means she no longer has medals from any major championships.

The contents of this page are sourced from Wikipedia article on 06 Mar 2020. The contents are available under the CC BY-SA 4.0 license.
View Tatyana Chernova 's image gallery
Image Gallery 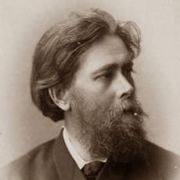