German patron of the arts of Russian birth

Princess Tatiana von Metternich-Winneburg (born Princess Tatiana Hilarionovna Vassiltchikova (Russian: Татья́на Илларио́новна Васи́льчикова); 1 January 1915 – 26 July 2006) was a Russian aristocrat, philanthropist, artist, and patron of the arts. She published her books and watercolours under the name Tatiana von Metternich. She supported charity, especially the Red Cross and the Order of St. Lazarus, which she served as Grand Bailiff for Germany. She was a founding member of the Rheingau Musik Festival, made parts of Schloss Johannisberg available as concert venues for the festival and served as the president of its Kuratorium until her death.

The family fled Russia in 1919, following the Bolshevik October Revolution by joining a group of people who had been evacuated by the British fleet. King George V of the United Kingdom was the cousin of the last Tsar and maternal nephew of Empress Marie Feodorovna. King George V persuaded Prime Minister David Lloyd George to send a ship to the Crimea to save his aunt but the Empress refused to leave unless those who wished to leave with her were taken as well. The British sent additional ships to take the entire group including the Vassiltchikov family.

They took refuge, initially in France, where she and her sister Marie Vassiltchikov (1917–1978), called Missie, were educated at the Lycée of St Germain-en-Laye. She studied painting in Munich and later the family rejoined her father in Lithuania where she worked as a secretary at the British Embassy. She moved to England but was unable to get a work permit so she moved to Germany where she eventually employed as a translator by the Foreign Office. Her sister Missie joined her shortly before they settled in Berlin. Due to the tendency of Nazi party members to bypass the Foreign Ministry staff when formulating policy as described in the Berlin diaries, the foreign office effectively became a gathering place for civilian members of the anti-Nazi resistance. Her sister kept diaries of her life in the plotters' circle. Her sister described these years in her memoirs The Berlin Diaries 1940–1945 of Marie "Missie" Vassiltchikov (1985).

Tatiana met her future husband, who was then an ordinary soldier in the German army. He was a half-Austrian and half-Spanish member of the Metternich family. His great-grandfather was Austrian Chancellor Prince Klemens von Metternich, who established a lasting peace at the Congress of Vienna in 1815. In recognition of the Chancellor's services, the Emperor of Austria gave him a title and the estate of Johannisberg on the Rhine. In the Spanish Civil War, he volunteered on the Nationalist side to fight with his cousins and friends. They were married on 6 September 1941 by Father Shahovski, later Archbishop of John of San Francisco. As a son of a Spanish noble woman with close links to Spain, the Spanish Embassy provided support for the wedding.

The couple lived in Berlin and then in the Metternich family's Schloss Königswart in the Egerland. During the war, she administered the Metternich estates while her husband served in the German army. When her husband told her of his transfer to the Russian front, she went to Army HQ without his knowledge to ask for a transfer. A few days later, she received a call informing her that her husband would be transferred as Liaison officer to the Spanish Blue Division. After the expulsion of Germans from Czechoslovakia in 1945, they lived in Schloss Johannisberg, the family's estate in Geisenheim, in the Rheingau, which had been destroyed by bombing in 1942. They rebuilt the estate and ran the winery. The East Wing was restored, but not as living quarters, rather it was turned into a hall for indoor tennis. In collaboration with Henkell & Söhnlein, a winery and member of the Oetker Group, they created the sparkling wine, "Fürst von Metternich". In 1974, they shared ownership of the castle and the winery with the Oetker Group. After her husband's death in 1992, she sold the property completely to Oetker, but retained the right to live on the premises.

In 1987, she was a founding member of the Rheingau Musik Festival, together with Michael Herrmann, Claus Wisser, Carl Jung, Walter Fink and others. She made parts of Schloss Johannisberg available as concert venues for the festival, turning the East Wing of the building into a concert hall. After her husband's death, the hall was named "Fürst-von-Metternich-Saal". Concerts of sacred music are performed in the Basilika; chamber music, including the annual composer's portrait, in the Fürst-von-Metternich-Saal; open-air concerts are performed in various courts; and the annual "Sommerfest" takes place on all public grounds of the estate. She served as the first president of the festival's curators until her death and was kept on the list as "Gründungsvorsitzende" (founding president).

Upon her husband's death in 1992 she faced the shock and shame of learning he had left a considerable portion of his fortune to a mistress, which meant she was forced her to sell her remaining share of Schloss Johannisberg to the Oetker family. She was permitted to remain at the Schloss until her death; suffering ill health in her last years. She adopted a relative, Don Alvaro de Salinas, as her heir.

The contents of this page are sourced from Wikipedia article on 08 Mar 2020. The contents are available under the CC BY-SA 4.0 license.
View Tatiana von Metternich-Winneburg 's image gallery
Image Gallery 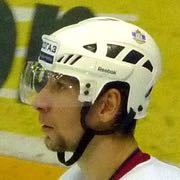