Tarsis Bazana Kabwegyere is a Ugandan sociologist, academic and politician. He is the current Minister of General Duties, Office of the Prime Minister in the Ugandan Cabinet. He was appointed to that position on 23 May 2013. Prior to that, from 15 August 2012 until 23 May 2013, he served as the Minister of Gender, Labour & Social Affairs. At first, the parliamentary committee vetting cabinet appointments rejected his selection. But after discussions between President Yoweri Museveni and Speaker Rebecca Kadaga, he was finally approved on 7 September 2012. Earlier, he served as the Minister of Disaster Relief & Planning in the Ugandan Cabinet, from 1 June 2006 until 27 May 2011. In the cabinet reshuffle of 27 May 2011, he was dropped from the cabinet and was replaced by Stephen Mallinga. He also served as the elected Member of Parliament representing "Igara County West", Bushenyi District, from 1996 until 2011.

He was born in Bushenyi District on 26 April 1941. He holds the degree of Bachelor of Arts in Sociology (BA). His Master of Arts (MA) degree is in Political Sociology. He also holds the degree of Doctor of Philosophy (PhD), in the same field. All his academic degrees were awarded by Makerere University, Uganda's oldest and largest public university.

Following the fall of the Idi Amin's regime in 1979, Tarsis Kabwegyere was appointed Minister of Lands and Natural Resources, serving in that position until 1980. From 1982 until 1987, he was the Head of Department of Sociology in the Faculty of Social Sciences at Makerere University, Uganda's oldest university, which was founded in 1922. Following the removal of Milton Obote from power and the overthrow of the military junta of Tito Okello, Kabwegyere became a member of the National Resistance Council, the parliamentary body in Uganda from 1986 until 1996.

He also served as the State Minister for Foreign Affairs, from 1987 until 1991. Between 1991 and 1996, he served as the Director of External Relations, at the National Resistance Movement Secretariat. He was appointed to the Disaster Relief Ministry in June 2006, serving there until he was dropped from the Cabinet in May 2011.

He continuously represented "Igara County West", Bushenyi District in the Uganda Parliament, from 1996 until 2011. In 2010, he was defeated during the primary elections by Raphael Magezi, also of the National Resistance Movement political party, the incumbent, Member of Parliament.

Dr. Tarsis Kabwegyere is married. He belongs to the National Resistance Movement political party. He is reported to enjoy playing lawn tennis and participating in debates. 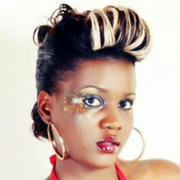