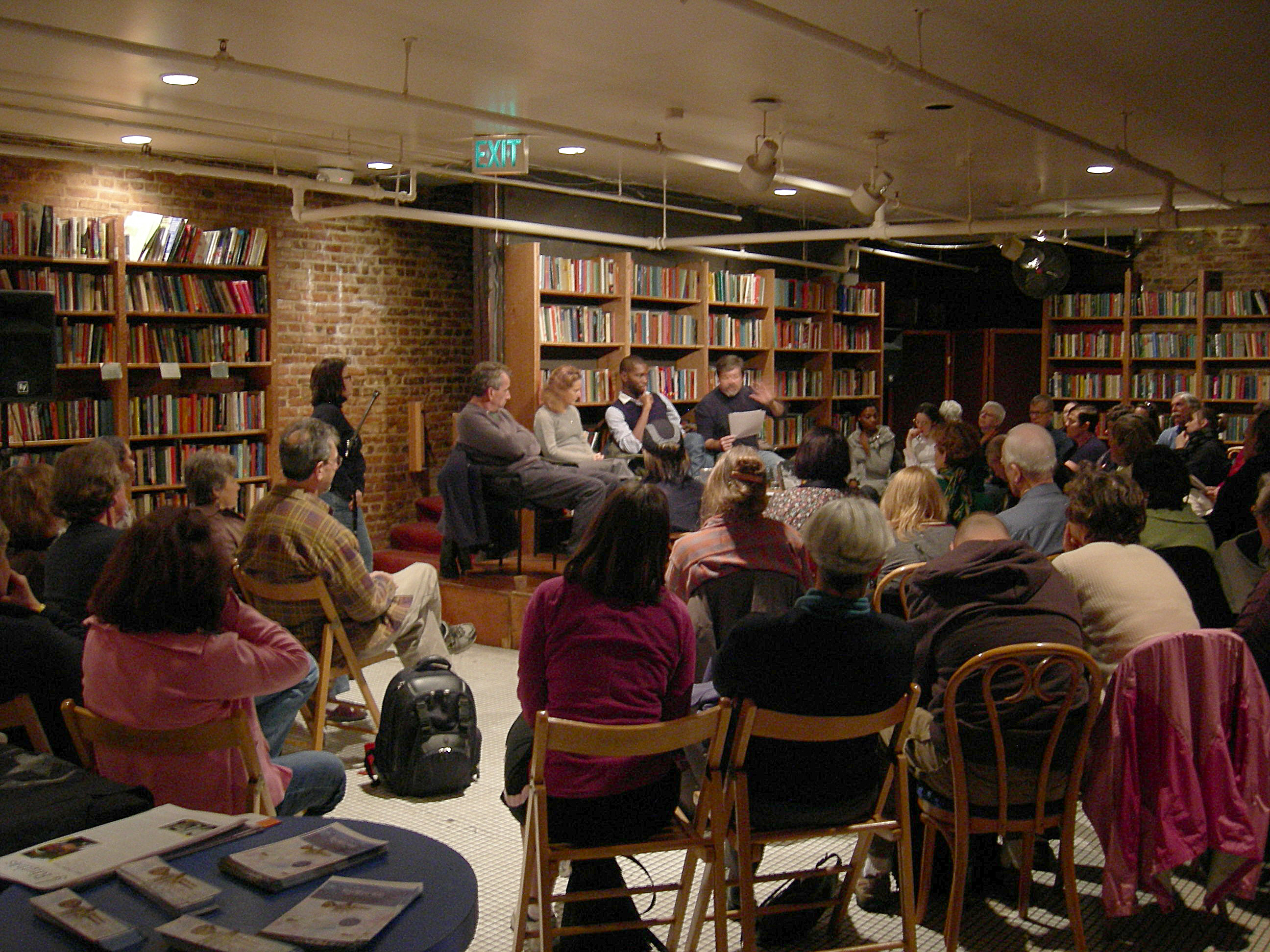 Tarell Alvin McCraney (born October 17, 1980) is an American playwright and actor. He was recently appointed as the incoming chair of playwriting at the Yale School of Drama. He is a member of Teo Castellanos/ D Projects Theater Company in Miami and in 2008 became RSC/Warwick International Playwright in Residence at the Royal Shakespeare Company. In April 2010, McCraney became the 43rd member of the Steppenwolf Theatre Ensemble. A reading at Elliott Bay Books, Seattle, Washington, co-presented with the Seattle Repertory Theatre, in association with Seattle Rep's staging of The Breach, a play based on Hurricane Katrina and its aftermath. At right, New Orleans Times-Picayune columnist Chris Rose, author of 1 Dead in Attic. To his right (our left) I believe this is Tarell Alvin McCraney, Catherine Filloux, and Joe Sutton, co-authors of The Breach.

McCraney was born in Miami, Florida. He attended the New World School of the Arts (NWSA) in Miami, Florida, receiving the exemplary artist award and the Dean's Award in Theater. While attending NWSA, he also applied to and was awarded by the National YoungArts Foundation (1999, Theater). He matriculated into The Theatre School at DePaul University and received his BFA in acting. In May 2007 he graduated from Yale School of Drama's playwriting program, receiving the Cole Porter Playwriting Award upon graduation.

As an actor he has worked with directors such as Tina Landau of the Steppenwolf Theatre Company, Chicago, Illinois, David Cromer, and B. J. Jones, artistic director of the Northlight Theatre (where McCraney co-starred in the Chicago premiere of Joe Penhall's Blue/Orange), and began a lasting working relationship with Peter Brook and Marie-Hélène Estienne of the Bouffes du Nord, Paris.

McCraney's Brother/Sister trilogy is set in the Louisiana projects and explores Yoruba mythology.

In the summer of 2006, McCraney, Catherine Filloux and Joe Sutton wrote The Breach, a play on Katrina, the Gulf, and our nation, commissioned by Southern Rep in New Orleans, where it premiered in August 2007 to mark the two-year anniversary of the tragedy in New Orleans. The Breach also played at Seattle Rep in the winter of 2007.

Commissions for the Donmar Warehouse and Berkeley Rep. Choir Boy will receive its American premiere at Manhattan Theatre Club, and he will direct his own edit of Shakespeare's Anthony and Cleopatra at the RSC, Public Theater, New York, and GableStage, Miami.