From 1989 to 1995, Börzel studied Political Science and Public Administration at the University of Konstanz. Subsequently, she obtained her PhD in Political and Social Sciences from the European University Institute in Florence. Her dissertation (“with distinction”), supervised by Adrienne Héritier, was on “The Domestic Impact of Europe. Institutional Adaption in Germany and Spain”.

From 1999 to 2001, Börzel worked as coordinator for Environmental Studies at the Robert Schuman Centre for Advanced Studies of the European University Institute in Florence. Beginning in 1999 she was senior researcher for two years at the Max-Planck-Institute for Common Goods in Bonn. From 2002 to 2003 Börzel directed the junior research group on compliance with European law in member states funded by the Emmy Noether Programme of the German Research Foundation (DFG) at the Humboldt University. In 2003, she accepted the position as professor of International Politics and European Integration at the Department of Political Science of the University of Heidelberg, but soon joined the Otto-Suhr-Institute of Political Science of Freie Universität Berlin in December 2004.

From 2006 to 2007, Börzel was visiting professor at the Department of Government at Harvard University. From 2008, she has been together with Thomas Risse co-director of the DFG funded Kolleg-Forschergruppe as well as director of the Berlin Center for European Studies and the Jean Monnet Center of Excellence. Furthermore, she is Project Director of the SFB 700.

Tanja A. Börzel has published a range of articles, papers, and books including: 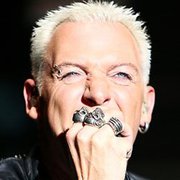