Tânia Maria Pereira Ribeiro, or simply Tânia Maria (born March 10, 1974 in São Luís, Maranhão) is a Brazilian women's soccer player. She plays as a defender for Brazil's Saad EC, and is a member of the Brazilian National Team, for which she won a silver medal at the 2004and 2008 Summer Olympics. She started on futsal team Eurosport, and also played for EC Bahia, Santa Isabel and Rayo Vallecano. 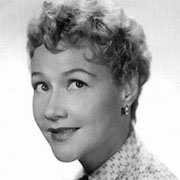