Tania Ann Luiz (born August 28, 1983 in Ernakulam, Kerala, India) is an Indian-born Australian badminton player. At the age of nine, Luiz moved with her family to Melbourne, Australia, where she obtained a dual citizenship. She started playing badminton three years later, and went on to represent Australia at the 2006 Commonwealth Games, coincidentally in her home city. She defeated South Africa's Michelle Edwards and Fiji's Karyn Whiteside in the preliminary rounds, before losing out her third match to New Zealand's Rachel Hindley, with a score of 7–21 and 12–21.

Luiz qualified for the women's doubles at the 2008 Summer Olympics in Beijing, by placing fifteenth and receiving a continental spot for Oceania from the Badminton World Federation's ranking list. Luiz and her partner Eugenia Tanaka lost the preliminary round match to Japanese pair Miyuki Maeda and Satoko Suetsuna, with a score of 4–21 and 8–21.

Shortly after the Olympics, Luiz was selected as the member of the Badminton World Federation's Athletes Commission, along with five other athletes, including Guatemala's Pedro Yang. 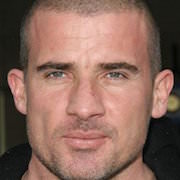