Tang Ping-yuan, CBE, JP (Chinese: 唐炳源; 8 September 1898 – 17 June 1971) was a Hong Kong entrepreneur and politician. He was the founder of the South Sea Textiles and the unofficial member of the Executive Council and the Legislative Council.

Tang was born to a prominent textile merchant family in 1898 in Wuxi, Jiangsu, China. His father, Tang Baoqian, owned the Qingfeng Textile Factory, one of the seven leading textile corporations in Wuxi. He received education at the St. John's University, Shanghai and the Tsinghua University, Beijing before he received the scholarship from the Chinese government and went abroad and studied at the Massachusetts Institute of Technology. He returned to China in 1923 after receiving a Bachelor of Science in Engineering from the MIT to assist his father's business in textile and flour.

Tang moved to Hong Kong in 1947 and established his own company, the South Sea Textiles in Tsuen Wan in the following year. The company went on to become one of the leading manufacturing company in the colony. He also sat on the board of many companies including the Hong Kong Telephone Company and the Television Broadcasts Limited.

Tang was made Justice of the Peace in 1964. In July 1964, he was appointed unofficial member of the Legislative Council of Hong Kong. In June 1968, he was appointed by Governor David Trench to the Executive Council, succeeding resigning Li Fook-shu. He was known for calling for improving industrial relations and the working conditions. For his public services, he was awarded Officer of the Order of the British Empire in 1967 and Commander of the Order of the British Empire in 1968. He also received 3rd class Order of the Sacred Treasure in 1971 for his efforts in improving Hong Kong-Japan relations.

Tang died at the Hong Kong Sanatorium and Hospital on 17 June 1971. His son, Jack Chi-chien Tang, was the former chairman of the Hong Kong General Chamber of Commerce in 1984. Ping Yuan Tang Residence Hall in the Massachusetts Institute of Technology was decorated by Jack Tang in 1973 in honour of his father.

The contents of this page are sourced from Wikipedia article on 18 Jun 2020. The contents are available under the CC BY-SA 4.0 license.
comments so far.
Comments
From our partners
Sponsored
Reference sources
References
https://www.cpr.cuhk.edu.hk/cong/hongrads/410
http://www.iso.cuhk.edu.hk/ebook/index.html#lang=zh-tw&issue_id=466&ui=zh-tw&page=20
http://blog.sina.com.cn/s/blog_ce6c8cf00101d9sy.html
http://www.polyu.edu.hk/cpa/[email protected]/2012/04/connections_c.html 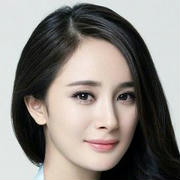