Rivera grew up in Baltimore, Maryland, with her mother while her father Oscar Rivera was serving 30 years in prison. Rivera is of African American and Nicaraguan descent.

In 2013, it was announced that Rivera's husband Waka Flocka Flame had joined the cast of the Atlanta franchise of Love & Hip Hop.

In 2015, Rivera started a swimwear line, T-Rivera. The T-Rivera website claims, "The swimwear line features all sizes for women taking a fashion forward approach. Its inspiring designs & patterns are cutting edge, yet constructed to hug all those delicious curves in the right way to beautifully accentuate the female body."

On July 1, 2005, Rivera gave birth to her first child, a daughter, whom she named Charlie. Rivera married the rapper Waka Flocka Flame on May 25, 2014. Although Waka Flocka Flame is not Charlie's biological father, he has been there to raise her. 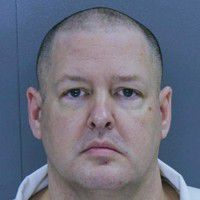