Tamirat Tola Abera (born 11 August 1991) is an Ethiopian long-distance runner who competes in cross country running and road running. He was a team medallist for Ethiopia at the 2015 IAAF World Cross Country Championships and 2016 IAAF World Half Marathon Championships, having had top six finishes.

Tamirat made his half marathon debut in Agadir in 2013 then quickly improved to win the České Budějovice Half Marathon in a time of 1:02:04 hours. He improved his best further to 1:01:27 at the Ústí nad Labem Half Marathon, then made a fast marathon debut with a time of 2:06:17 hours for fourth at the high-profile Dubai Marathon.

Tamirat won the Ethiopian national title in cross country in 2015 which led to his selection for the 2015 IAAF World Cross Country Championships. Making his international debut, he took sixth place in the senior race which helped the Ethiopians narrowly take the team title on equal points with Kenya (Muktar Edris, Hagos Gebrhiwet and Atsedu Tsegay were the other point-scoring team members). He had mixed fortunes in the rest of the season: he failed to finish the 2015 Berlin Marathon but set bests of 60:08 minutes for the half marathon and 27:22.64 minutes for the 10,000 metres.

Several good performances on the circuit in late 2015/early 2016 led to wins at the Cross Internacional de Itálica, Cross International de la Constitución, Boclassic and Great Ethiopian Run. He was part of the national team setup in 2016, this time for the 2016 IAAF World Half Marathon Championships. He was again an essential team member with his fifth-place finish in a time of 60:06 minutes pushing Ethiopia (through Abayneh Ayele, Tamirat, and Mule Wasihun) to the team silver medals.

In 2017 he participated in the World Championships held in London, winning the silver in the Marathon, with a time of 2:09:49.

The contents of this page are sourced from Wikipedia article on 07 Aug 2020. The contents are available under the CC BY-SA 4.0 license.
View Tamirat Tola 's image gallery
Image Gallery 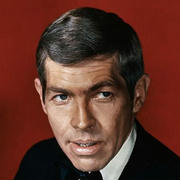