Tamera Darvette Mowry-Housley /təˈmɛrə ˈmɔːri/ (born July 6, 1978) is an American actress and television personality. She first gained fame for her teen role as Tamera Campbell on the ABC/WB sitcom Sister, Sister (opposite her identical twin sister Tia Mowry). She has also starred in the Disney Channel Original Movie Twitches and its sequel, Twitches Too, and she played Dr. Kayla Thornton on the medical drama Strong Medicine.

She next starred in a reality television series following her and her twin sister's lives, titled Tia & Tamera, which began airing on the Style Network in 2011 and ended in 2013 after three seasons. From 2013 to 2020, Mowry was one of the co-hosts of the syndicated daytime talk show The Real alongside Adrienne Bailon, Loni Love, and Jeannie Mai.

Tamera Darvette Mowry was born in Gelnhausen in then-West Germany on July 6, 1978 to Darlene Renee Mowry (née Flowers), who served in the U.S. Army and later became her children's manager, and Timothy John Mowry, who was in the U.S. Army at the time of her birth and who became a custody officer/jailer with the City of Glendale Police Department when the family moved to California. Tamera Mowry is the older twin by two minutes. Tamera was born at 4:30pm, followed by Tia at 4:32pm. She also has two younger brothers named Tahj Mowry, an actor, and Tavior Mowry, who played college football for University of California, Davis.

Her father has English and Irish ancestry, and her mother is of Afro-Bahamian descent. Mowry's parents met in high school, in Miami, Florida, both joining the U.S. Army, and both eventually reaching the rank of sergeant. Mowry has described her family as being both "close-knit" and "deeply religious", and the sisters became born-again Christians when they were eight years old.

Mowry and her twin sister, Tia, co-starred in the 2005 Disney Channel film Twitches. In 2013, Mowry became a co-host of the syndicated daytime talk show The Real alongside Adrienne Bailon, Loni Love, Jeannie Mai, and Tamar Braxton. After premiering on July 15, The Real was picked up to series the following year. In 2018, Mowry and her co-hosts won the Daytime Emmy Award for Outstanding Entertainment Talk Show Host for their work. In July 2020, Mowry announced that after six seasons she would be leaving the show.

Mowry and her twin sister, Tia, started a project called Need Brand as they entered motherhood. Milky! and Stretchy! are two of the products that can cater to motherhood. Milky! is a 2.5 oz. bottle with all organic ingredients that can help mothers produce milk. Stretchy! is a stretch mark cream for post-operation scars. Another sibling project of theirs was a two-book series called Twintuition: Double Vision and Twintuition: Double Trouble.

In July 2013, Mowry revealed that she did not lose her virginity until she was 29 due to her being a devout Christian. She elaborated that she felt guilty after she had sex, and afterward committed to remaining celibate until marriage. She married Fox News correspondent Adam Housley, after dating for almost six years, on May 15, 2011 in California's Napa Valley. The couple welcomed their first child, a son, on November 12, 2012 and their second child, a daughter, on July 1, 2015. The couple owns a home in Napa Valley, near her husband's family's vineyard.

She had a Shih Tzu named Milano.

Mowry's niece, Alaina Housley (born in 2000) was among the victims of the shooting at the Borderline Bar and Grill in Thousand Oaks, California, on November 7, 2018. 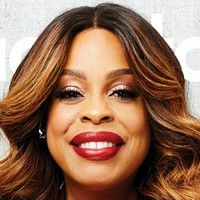