Tamela Jean Mann (born June 9, 1966) is an American gospel singer, and actress, known for her reaccuring role as Cora in Tyler Perry's plays, including I Can Do Bad All By Myself, Diary of a Mad Black Woman, Madea's Family Reunion, Madea's Class Reunion, Meet the Browns, and What's Done in the Dark. Mann began her career as a singer with the gospel group Kirk Franklin and the Family. She was a featured soloist on several tracks while with Franklin's group, including "Don't Take Your Joy Away", "Now Behold the Lamb", and "Lean on Me", the latter of which also included Mary J. Blige, Crystal Lewis, R. Kelly, and Bono. She released her own album, The Master Plan, in 2009.
Mann has appeared in movies including Kingdom Come, Diary of a Mad Black Woman and Madea's Big Happy Family. She recorded some songs on the soundtrack for Diary of a Mad Black Woman, including participating in the song "Father (Can You Hear Me)".
Mann is the wife of David Mann, who is known for his role as Leroy Brown in several of Tyler Perry's plays.

Mann was born Tamela Jean Johnson in Fort Worth, Texas, the youngest of 14 children. She and her siblings grew up in a very spiritual home grounded in the Church of God in Christ (COGIC). They were reared by their mother, "Mother Eppe," who believed in and exercised solid biblical principles.

By the age of 12, Mann was singing in the church’s adult choir and was often selected to sing solos. Although she was bashful, she blossomed in the local church and high school choirs.

Kirk Franklin and the Family

Tamela’s musical career began when she joined the multi-Grammy Award-winning and double platinum gospel phenomenon Kirk Franklin and the Family. She has also enjoyed collaborating and performing with artists such as Yolanda Adams, Excell Amos, Mary J. Blige, Al Green, Celine Dion, Bono, R. Kelly and Fred Hammond. She went on to join the gospel musical cast of David E. Talbert as he directed the stage play He Say... She Say... But What Does God Say?

Mann began acting in 1999 when she was discovered by Tyler Perry. She debuted in the stage play I Can Do Bad All By Myself.

She went on to act in Meet the Browns, Madea's Family Reunion, Madea's Class Reunion, Diary of a Mad Black Woman and What's Done in the Dark. She has appeared on television shows including The Tonight Show with Jay Leno, BET Soundstage, the 1999 Grammy Awards, the Dove Awards, the United States of America World Olympics, Tyler Perry's House of Payne, and Tyler Perry's Meet the Browns, in which she portrays Mr. Brown's daughter.

She has appeared in movies, including the 2001 comedy Kingdom Come, Diary of a Mad Black Woman and Meet The Browns. She also had a role in 2009's Tyler Perry movie Madea Goes to Jail. Mann appeared in the 2012 film Sparkle, a remake of the 1976 film of the same name, alongside Whitney Houston and American Idol winner and R&B singer Jordin Sparks, making her film debut.

She is currently filming a new cooking show with her husband David, Hanging with the Manns. Also their show on BET "It's a Mann's World"

In 2005, Mann and her husband David created their own label, Tillymann Music Group, which they have released several projects through. In 2005 her solo album, Gotta Keep Movin', was released. In 2007 she released her first live album, The Live Experience. Mann’s explosive songs "Father Can You hear Me" and "Take It To Jesus" can be heard in the movie and on the soundtrack album of Diary of a Mad Black Woman.

Tamela Mann won Stellar Award's "Best Female Gospel Artist of the Year" in 2014, as well as Best Gospel Artist at the 2014 BET Awards.

Tamela is the wife of actor David Mann, known for his role as Deacon Leroy Brown in some of Tyler Perry’s plays. In the Madea TV shows and movies, she plays Mr. Brown's daughter, Cora. They have always worked together professionally.

In January 2015 a reality show about their family, It’s A Mann’s World, premiered on BET. David and Tamela are devout Christians, and in this program are able to show how they have a fun-loving, balanced family, centered in godly principles and coping with real-life obstacles. 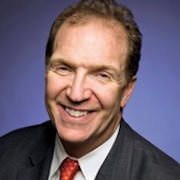