Tamara Khanum (1906–1991) was an Uzbek dancer of Armenian origin, notable for being the first woman in Uzbekistan to successfully perform publicly and without a veil. Tamara Khanum was a colleague of ill-fated Uzbek dancer Nurkhon Yuldasheva, who was murdered in an honor killing for taking off her veil onstage.

Khanum was born as Tamara Artyomovna Petrosyan to an Armenian family in the Uzbek city of Margilan in the Ferghana valley of Central Asia, then part of the Russian Empire. Khanum showed interest in dance as a child, singing and dancing to Uzbek folk songs. In 1919 she joined the mobile theater troupe of the Turkestan front led by Hamza Niyazi.

Khanum's dancing had a profound effect on American writer Langston Hughes, who wrote a 1934 article, "Tamara Khanum: Soviet Asia's Greatest Dancer," which praised Khanum for her performances and for breaking cultural taboos by appearing on stage.

The house museum of Tamara Khanum was created in 1994.

The contents of this page are sourced from Wikipedia article on 14 May 2020. The contents are available under the CC BY-SA 4.0 license.
View Tamara Khanum 's image gallery
Image Gallery 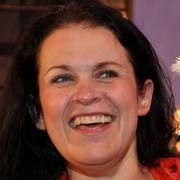 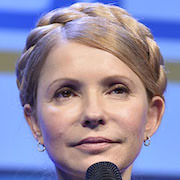