Talat Ahmad was selected to serve a second term as Vice Chancellor University of Kashmir after he was selected by Governor of Jammu and Kashmir Narinder Nath Vohra in his capacity as Chancellor of the State University. He was handed over charge by Professor Khurshid Iqbal Andrabi who had been serving as officiating Vice-Chancellor since October 2017 after his tenure was over.

Talat Ahmad was born and brought up in a small town of Giridih, Jharkhand. His father was Moinuddin Ahmad.

In 1979, Dr. Ahmad got selected in the UPSC and started working as a Junior Geologist with the Geological Survey of India (GSI) and formally joined GSI in February 1980. He worked there for a year, but left it soon after as for him, it was more of a survey and less of research. Later, he worked as a Scientist-B with Wadia Institute of Himalayan Geology, Dehra Dun from 16 July 1984 to 3 September 1989. Dr. Talat worked at the Wadia Institute of Himalayan Geology, Dehra Dun, as a Scientist under DST for nineteen years (1984–2003).

He joined Department of Geology, University of Delhi as Professor on 31 October 2003. There he started a project in central India and Rajasthan, in addition to research work in Himalayas. He got another project, Russian Foundation for Basic Research (RFBR) after coming to the valley of Kashmir.

He took over as Vice-Chancellor of University of Kashmir on 1 June 2011.

On 29 April 2014, Dr.Talat was appointed as the Vice-Chancellor of Jamia Millia Islamia, New Delhi. Pursuant to the permission of the Chancellor of the University, Prof. Talat Ahmad was relieved from the post by Prof. A M Shah, Dean Academic Affairs of the University. Prof. Talat joined Jamia Millia Islamia on 15 May 2014 taking over from officiating Vice-Chancellor Prof S M Sajid and thus succeeded Najeeb Jung after he was sworn-in as the 20th Lieutenant Governor of Delhi in April 2013.

In 2018, Dr. Talat Ahmed again was appointed as Vice-Chancellor of Kashmir University for the second time.

Talat Ahmad has over 65 research publications to his credit. He has supervised several M. Phil and PhD research studies at the University of Delhi and the Research School of Earth Sciences, Australian National University, Canberra, Australia.

Talat Ahmad has the memberships of many is a recipient of the following fellowships and awards:

Talat Ahmad bears memberships of prestigious Societies and a recipient of many prestigious honours.

The contents of this page are sourced from Wikipedia article on 29 Jul 2020. The contents are available under the CC BY-SA 4.0 license.
View Talat Ahmad 's image gallery
Image Gallery 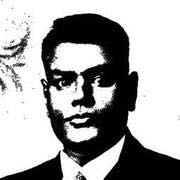 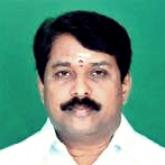