Takeshi Obata chose to be a manga artist because he always loved drawing. As a child he re-read Shotaro Ishinomori's Cyborg 009 over and over. He originally became noticed in 1985 when he took a prize in the Tezuka Award for his one shot 500 Kōnen no Shinwa. Joining the Weekly Shōnen Jump staff, he mentored under Makoto Niwano before starting his first major series, writing and drawing Cyborg Jii-chan G in 1989. After this series, Obata began collaborating with other writers.

Karakurizōshi Ayatsuri Sakon, with author Sharakumaro, became his first work to be adapted into an anime. He then created Hikaru no Go with Yumi Hotta, which received the Shogakukan Manga Award in 1999 and the Tezuka Osamu Cultural Prize in 2003. With 25 million collected volumes in circulation, it was adapted into an anime and became his first work to be released in North America.

In 2003 he teamed up with Tsugumi Ohba to create Death Note. It became his biggest hit to date, with 30 million copies in circulation, an anime adaptation, five live-action films, a live-action TV drama and a musical. Obata served as the artist of Blue Dragon Ral Grad, a manga adaptation of the fantasy video game Blue Dragon, from December 2006 to July 2007.

In the fall of 2007, he drew the short story "Hello Baby" with writer Masanori Morita, which appeared in Jump Square. This was followed a year later by "Urōboe Uroboros!" with Nisio Isin, who authored the Death Note Another Note: The Los Angeles BB Murder Cases novel.

He then reunited with Tsugumi Ohba for Bakuman., which ran from August 2008 to April 2012. It was Shueisha's first manga to be released online in multiple languages before becoming available in print outside Japan and had over 15 million copies in publication as of May 2014. In 2014, he drew a manga adaptation of All You Need Is Kill with Ryōsuke Takeuchi, basing the character designs on Yoshitoshi ABe's original cover to the novel. He reunited with Nisio Isin for the one-shot "RKD-EK9", that ran in the December 2014 issue of Jump SQ..

Obata followed this by working with Nobuaki Enoki to relaunch Enoki's Gakkyu Hotei: School Judgement digital one-shot as a serial in the first issue of Weekly Shōnen Jump for 2015. However, the magazine stopped publishing it after the year's 24th issue and the series finished in the digital Shōnen Jump+ on May 27. It was serialized in English in the digital Weekly Shonen Jump.

He began another series with Ohba called Platinum End in the December 2015 issue of Jump SQ on November 4, 2015.

In addition to his manga work, Obata has also done character design work for the video game Castlevania Judgment, as well as illustrating several light novels. He provided character designs for Madhouse's anime adaptations of Osamu Dazai's No Longer Human and Natsume Sōseki's Kokoro, which are parts of the Aoi Bungaku series. He also designed a new CGI character for the 2016 Death Note: Light Up the New World live-action film.

On September 6, 2006, Obata was arrested for illegal possession of an 8.6 cm knife when he was pulled over in Musashino, Tokyo for driving with his car's headlights off at 12:30am. The artist claimed he keeps the knife in his car for when he goes camping. 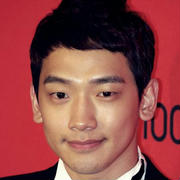