Taiga Ishikawa (石川 大我, Ishikawa Taiga, born 1974) is a Japanese politician and LGBT activist. He became one of the first two openly gay male politicians to win an election in Japanese history when he was elected in April 2011 to a seat in the Tokyo's Toshima ward assembly. Wataru Ishizaka, also openly gay, was elected in the same election to the Nakano ward council in Tokyo. Before he was elected to the city council, he was Mizuho Fukushima's chief of staff.

A graduate of the Meiji Gakuin University School of Law and a native of Sugamo, he previously served as a secretary to SDP chair Mizuho Fukushima, and founded the gay male support organization Peer Friends in 2004. He came out in 2002 at the age of 28 through a memoir, Where is My Boyfriend? (Boku no kareshi wa doko ni iru?). He has since been active in the Japanese LGBT rights movement and has appeared in various series, including NHK's Heart-to-Heart, and has participated in Tokyo Pride Parade.

In October 2013, he ran for Social Democratic Party party chairmanship but lost to National Diet Councilor Tadatomo Yoshida. The first openly-gay candidate for leadership of a sitting parliamentary party in Japanese history, Ishikawa was recognized after the election by an editorial in The Japan Times as one who could both "be a valuable asset for the SDP" and "help channel the voices of marginalized people, including irregularly employed workers and members of the gay community, to ensure that they are reflected in local and national politics."

He helped to successfully lobby the Japanese government to amend the certificate allowing Japanese citizens to marry foreign nationals of the same sex in countries where same-sex marriage is legal. He is campaigning for the creation of a municipal domestic partnership registry for Toshima which would grant ward-managed housing and hospital visitation rights. 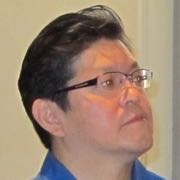 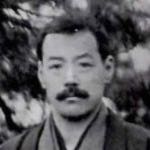