Tahir Rafique Butt (Urdu:طاهر رفيق بٹ;b. 1955) Tbt, NI(M) HI(M) MSc, is a retired air officer who was the 20th Chief of Air Staff of the Pakistan Air Force serving from 19 March 2012 to 19 March 2015. He was replaced by Air Chief Marshal Sohail Aman.
Before being appointed chief he served as Vice Chief of Air Staff (VCAS) since 5 October 2010. His other appointments include Deputy Chief of Air Staff at Air Headquarters and commanding an operational base.

Tahir Rafique Butt was born in 1955 to a Kashmiri family, in Sargodha, Punjab, Pakistan. He received his early education from the PAF Public School– a boarding school managed by the Air Force. After graduating from PAF Public School in 1973, he enrolled in Punjab University and attained BSc in Science in 1975. The same year, Butt's nomination was accepted at the Pakistan Air Force Academy after interviewed by the Inter-Services Selection Board.

From December 2007 until July 2008, Rafique served as the Chief Instructor (CI) and commandant of the National Security College at the NDU.

Tahir Butt graduated from the Air Force Academy on 6 March 1977 as a General Duty Pilot (GDP). He secured his commissioned as P/Off. and served in Sq. No 1 Rehbar on course of a Fighter Conversion Unit (FCU).

From 1977-79, he served on various flight assignments and joined the Air Force Academy to instruct flying courses on Fixed-wing aircraft. Sq. Ldr, he served on the combat units and flew with the No. 9 Griffins and No. 20 Eagles from 1983–84. Butt also served as a military adviser to the Zimbabwean Air Force which he served from 1984 until 1986. Upon returning to Pakistan, Butt resumed the combat duty with the No. 18 War Hawks. In 1988, he was selected to join the Combat Commanders' School and graduated as a combat fighter in special operations. Eventually promoted as Wg Cdr, he commanded the No. 15 Cobras in 1990; during his service, he flew Mirage-III, F-7P, F-6S, T-37, SF-260, and MFI-17.

From 1990–91, he commanded No. 19 Sherdils before being promoted to Gp. Capt to command the Rafiqui AFB.

In 2005, his grade was promoted to two star rank and elevated as AVM in the Air Force. From 2005 until 2007, he served in the National Accountability Bureau (NAB) and directed the KpK branch. In 2009, he was promted Air Marshal and became AOC of Southern Air Command which is headquartered in Karachi.

Prior to be appointed as chief of air staff, Rafique was serving as the VCAS at the AHQ.

At the time of retirement of ACM Rao Qamar Suleman, Rafique was a senior most air marshal; his appointment came directly based on seniority. After much speculation, his four-star appointment was confirmed in the media. Earlier reports indicated that five air marshals had been in the race to become the next air chief. However, upholding the principle of seniority, the government chose Butt, similar to when the government appointed the new chief of naval staff, last year. On 7 March 2012, Butt's grade was promoted to four-star rank and elevated as the ACM; he assumed the charge of chief of air staff on 19 March 2012. 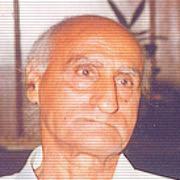 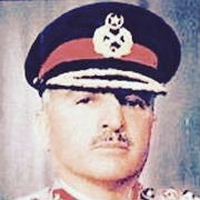