Taeke Wiebe Doekes Taekema (born 14 January 1980) is a Dutch field hockey player and drag flicker (penalty corner specialist) who won the silver medal with the national squad at the 2004 Summer Olympics in Athens. Born in Leiderdorp, he made his debut on 28 January 2000 in a friendly match in and against Egypt and has played in over two hundred international matches for the Dutch.

He was the Top scorer in the 2010 Hockey World Cup held in NewDelhi with 8 goals along with Luke Doerner. Taekema currently plays for the Amsterdamsche Hockey & Bandy Club, based in the Dutch capital.

Painter from the Southern Netherlands 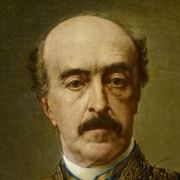