Irish chief of the Name

Tadhg an tSleibhe was one of the few known chiefs of the Ó Fathaigh clan, located in Uí Maine, in what is now County Galway. Descendants of Fathadh mac Aonghus, they were a minor clan, based in an area called Pobal Muintir Uí Fathaigh. This is located in what is now the parishes of Kiltomas and Peterswell in the Slieve Aughty, and comprising about one thousand acres (4 km²).

John O'Donovan recorded a tradition that the Ó Fathaigh were the last of the Gaelic families of the area to submit to the Earls of Ulster, claiming their land was their own and refused him rent on that account. Confrontation continued with the Earl's successors, The Clanricarde. Tradition surviving into the 20th century stated that seven hundred of the clan were killed at the Second Battle of Athenry on 10 August 1316.

Tadhg was known by the nickname an tSleibhe (the mountain), although the reasons behind it are unknown. He is said to have lived in France for a time, and was living at home in Kilthomas when a confrontation with the Burkes occurred:

The O Fathaigh's had free land long after the other Clans had been subjued, but the De Burgoes did not interfere until a famous dueller named Uilic de Burgo (or Burke) vowed he would make them pay rents and rates like everyone else.

Tadhg an tSleibhe, was then chief of his Clann, and one Sunday when he and most of his Clann were hearing Mass at Kilthomas, de Burgo had the chapel surrounded with his soldiers. Hearing of what was on foot, the Clannsmen came running with their weapons to augment those that were at Mass. Seeing this de Burgo challenged Taidh an t-Sleibhe to a single handed contest, to decide the issue and save the lives of the Clansmen and soldiers.

De Burgo was seldom if ever beaten in a duel, and he was confident of victory. Taidhg however was trained at fencing in France and knew every thrust and turn of the sword as good as Ulick and perhaps betters. The contest was not long in progress when de Burgo discovered that he had bitten off more than he could chew. It was a long and hard struggle, and although O Fathaigh was severely wounded he had the strength left to overcome the prepresentative [sic] of the English Government, who he left dead outside Kilthomas Chapel.

Clanricarde's soliders [sic] took their dead chief, threw him into a cart and left the O Fathaigh triumphant. The O Fathaigh Clanns had free lands then until a Scot named Mac Giolla Breith (Galbraith) made them yield. He took their lands and pushed them into the Sliabh Aughty mountions.

Tadhg is listed on page 440 of the Patent Rolls of James I, but nothing else appears to be known of him. By 1856, many of the Fahy's had been driven out of their original homeland and were resident in the Woodford/Ballinakill area, some of the roughest land in east Galway. These parishes are located in the barony of Leitrim.

Only one castle can be attributed to the family, located at Dunally in the parish of Peterswell. In a survey of 1574 its owner was listed as Shane na Faedh Ó Fathaigh. 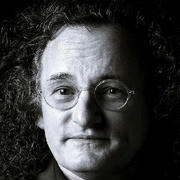 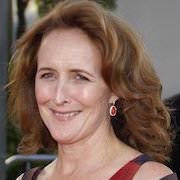